Which pinniped is that, on Otago shores? 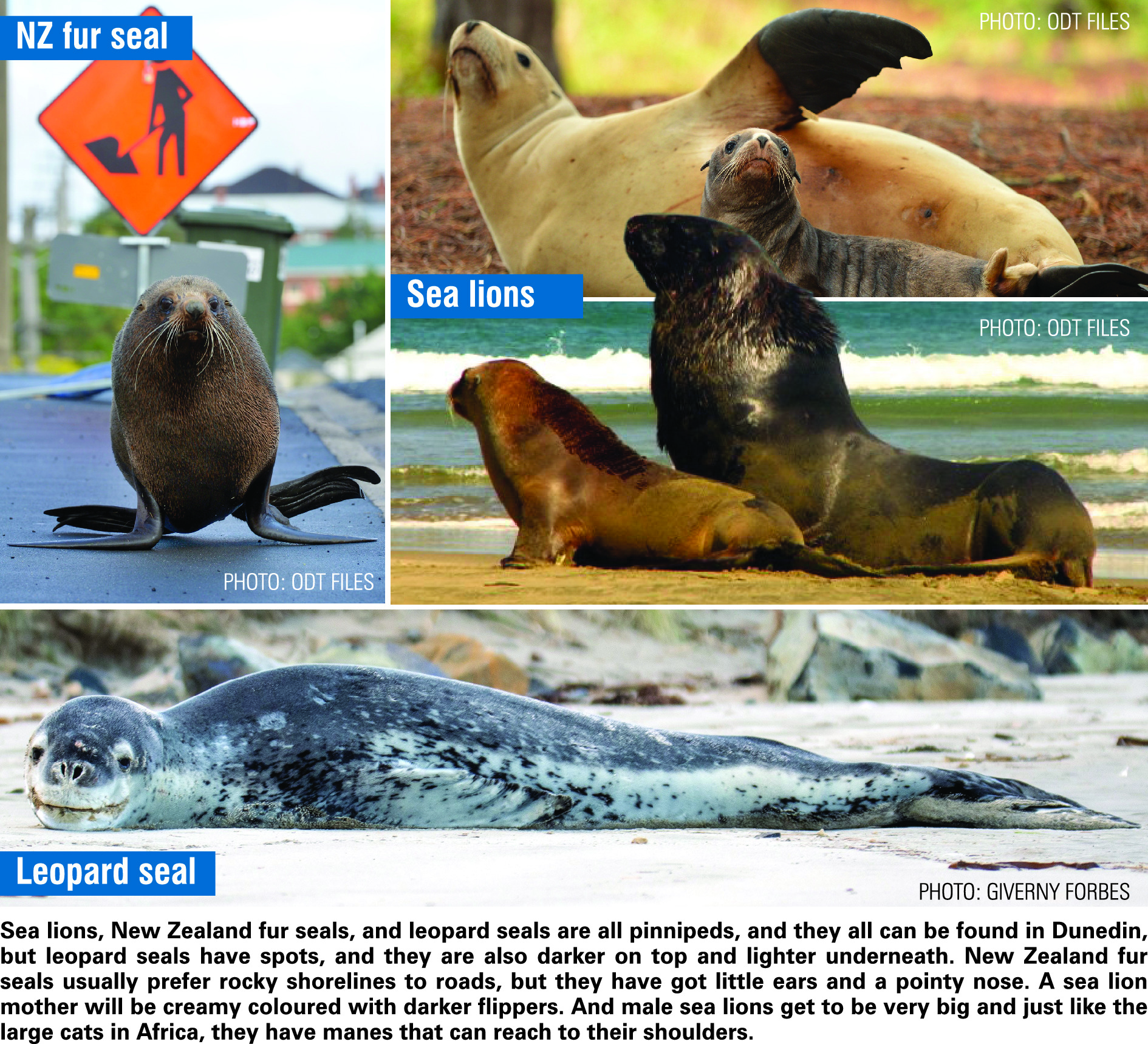 PHOTOS: ODT FILES & GETTY IMAGES
Not all seals are created equal, but a leopard seal never changes its spots.

Pinnipeds — aquatic fin-footed mammals comprising three families: the true seals, the fur seals and sea lions, and the walrus — are often spotted on Otago’s coastline at different times of the year, and most recently a less common seal visitor has been dropping in.

University of Otago zoology masters student Giverny Forbes has met 42 different leopard seals in New Zealand, from Whangarei to Cannibal Bay, in the Catlins, since 2015.

She is able to identify the animals by their spots.

But Miss Forbes, who studies human-wildlife interactions with leopard seals, said if people were not sure if they were seeing a New Zealand fur seal, a sea lion, or a leopard seal along the Otago coast, they could get in touch with an expert, or learn to spot the differences themselves.

Very little was known about leopard seals, but they could be seen sometimes on Dunedin beaches.

A leopard seal was spotted on a beach at Waikouaiti about two weeks ago, but that sighting was outside of the usual time leopard seals would normally be expected to visit the Otago coast.

Nobody knew why, but they were not here year-round, Miss Forbes said.

Most sightings of the animals were reported in September and October, but from late June until February Otago residents could see the uncommon leopard seal resting close to the tide line on sandy beaches, she said.

Fur seals and sea lions would not have the spots that gave leopard seals their name, Miss Forbes said.

Leopard seals were also darker on the top and lighter underneath.

But sometimes if the animal was covered in sand, it was hard to tell.

There were a couple of differences that separated leopard seals more easily.

"If you can see a little ear on the side of their head, it will be a sea lion or a fur seal — if it doesn’t have any external ears then it is a true seal, and quite likely a leopard seal."

Watching them move though, it was very obvious.

Leopard seals were unable to move on all fours like a dog, or a fur seal, or sea lion.

A leopard seal would wriggle across the land like a caterpillar.

Fur seals were more often seen on rocky shores, and sea lions were often more mobile and could be found further from the water.

Leopard seals were famous for eating penguins and even other seals and they did have large teeth.

But many of their teeth were perfect for catching krill and fish.

Department of Conservation Otago coastal ranger Jim Fyfe said true seals, including leopard seals and elephant seals, were very different from the eared seals, including fur seals and sea lions, which had longer fore flippers and were able to walk on their four limbs while on land.

Because leopard seals were long and skinny and moved differently, Doc was often called about them because people thought they were sick, he said.

"I should add that we are happy to receive sightings and will put up wildlife alert signs, so that the public are aware a leopard seal is present and control their dogs accordingly. While leopard seals are not very mobile they are able to swivel quickly and have large, powerful jaws, with sharp teeth."

New Zealand Sea Lion Trust chairwoman Jordana Whyte said it was "quite common" to see sea lions in Dunedin, but they were often mistaken for fur seals.

A "big giveaway" of a sea lion was its size.

Fully grown female sea lions weighed about 160kg and males could weigh up to 400kg, while female fur seals were between 30kg and 50kg, and males between 90kg and 150kg, she said.

Their head shape was another clue.

Despite the differences, there was a common theme for all of the pinnipeds, and that was to give them plenty of space, she said.

Fur seals and leopard seals would often flee to the water if people got too close, so it was important to keep their line of escape clear.