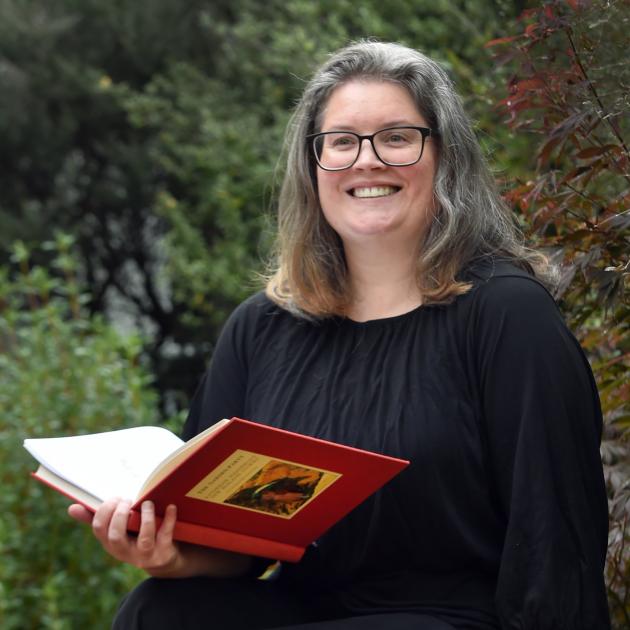 The Dunedin playwright won the McNaughton South Island Play Award for her adaptation of Katherine Mansfield’s 1912 short story The Woman at the Store.

"I’m absolutely thrilled as well as relieved because it is my first adaptation, but also in doing an adaptation of a work by such a significant New Zealand literary figure - there was an element of risk to it, that I might not do it justice.

Dr Duncan said she studied Mansfield’s book in secondary school and although it was not one of her most well-written books, the themes of it stuck with her.

She said the short story was about a group of travellers in the Ureweras, on the east coast of the North Island, who stop for the night at an isolated general store in the early 1900s.

"The store is run by a woman who is on her own, and her young daughter."

"My interpretation of it is placing a young Katherine Mansfield as the young woman traveller in the play."

She said she studied Katherine Mansfield’s journals from the time the story was written, which showed she had travelled and camped in the area.

It guided her in shaping the Mansfield character, she said.

The two Adam Award runners-up were Lonely Flotsam, by Craig Thaine, and Hemo is Home, by Tainui Tukiwaho in collaboration with his children Te Rongopai, Jade, Paku, Le-Toya and Mia.

The Dean Parker Adaptation or Non-Fiction Award was won by Eleanor Bishop and Karin McCracken for Aliens and Anorexia, adapted from the book of the same name by Chris Kraus.