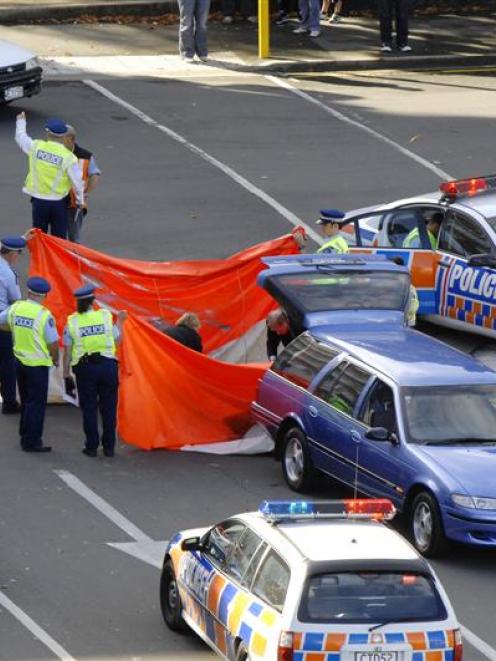 A 64 year old Dunedin woman died after an accident involving a truck and trailer unit on Great King St in Dunedin yesterday.

Senior Sergeant Bruce Ross, of Dunedin, said the woman was walking on the controlled intersection between Gt King and Hanover Sts when the accident occurred, about 1pm.

A member of the public administered CPR but the woman died at the scene.

The truck was turning left from Hanover St into Great King St and the driver had not been aware of the incident, Snr Sgt Ross said. The driver stopped his truck at its intended destination further down Gt King St, he said.

Police had spoken to the driver of the Hall Bros Transport truck and were investigating the incident, but it would be several days before they knew exactly what had happened.

Doug Hall, of Hall Bros, said the truck was being driven to a demolition site further along Gt King St to collect an excavator.

The company and the driver were assisting police with their inquiries, but Mr Hall understood the driver had driven on a green light and the woman had walked into the truck's trailer.

The driver was "very, very upset'' about the incident, Mr Hall said.