By John Lewis
0 Comments
If it looks like laser gun-toting troops are battling for a small corner of ground on the Museum Reserve this weekend, and loads of civilians and children appear to be joining in, just go with the flow.

There is no need to take cover - it is just part of the opening of Otago Museum’s latest exhibition called Code Breakers: Women in Games.

The exhibition is made by the Australian Centre for the Moving Image (ACMI) and transforms the museum into an immersive and interactive game zone for Otago’s gamers, digital natives, and technophiles.

Visitors can get hands-on with an array of playable games - from indie through to commercial hits and new releases - all made by New Zealand and Australian women working in different capacities: as directors, programmers, developers, digital artists, writers, producers, and designers.

Museum marketing manager Kate Oktay said beyond just the fun of playing games, the exhibition also pondered bigger questions about women in gaming, and offered girls an example of how far they could go and what they could do in the industry.

"Given Dunedin’s huge gaming industry, and the fact that we are a university town, this is really important." 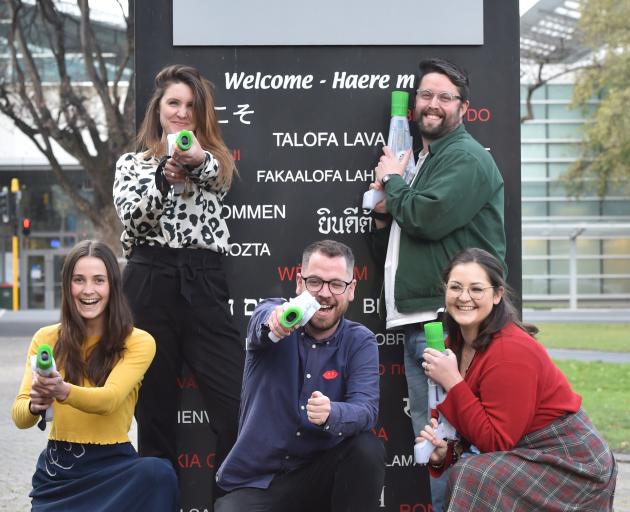 In Code Breakers, each game maker reflects on the sometimes-challenging journey they have made into this male-dominated industry, revealing the human stories behind their games via a custom-built exhibition audio tour.

PS4 Steam games programmer Rebecca Fernandez said the exhibition was an excellent way to give a peek behind the curtain of game development, and highlight women playing an integral role in the industry.

"I really hope it helps to inspire girls and women to begin making their own games."

Award-winning Dunedin independent game developer, publisher and exhibition sponsor Runaway Play will be at the museum, giving people an opportunity to try their new nature-inspired virtual reality games like Flutter VR. Team members will be available to chat to anyone interested in a game development career.

Dunedin gaming companies will be showcased so that visitors can see what is being created in the city right now.

The events run from 10am-4pm on both Saturday and Sunday.