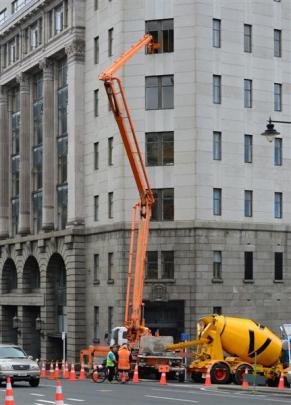 Mixers feeding concrete to the fifth floor of the historic building. Photos by ODT. 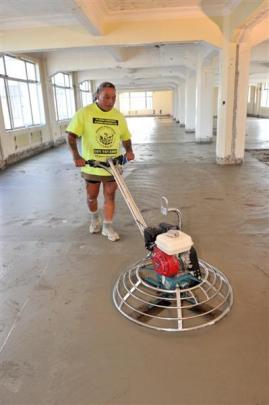 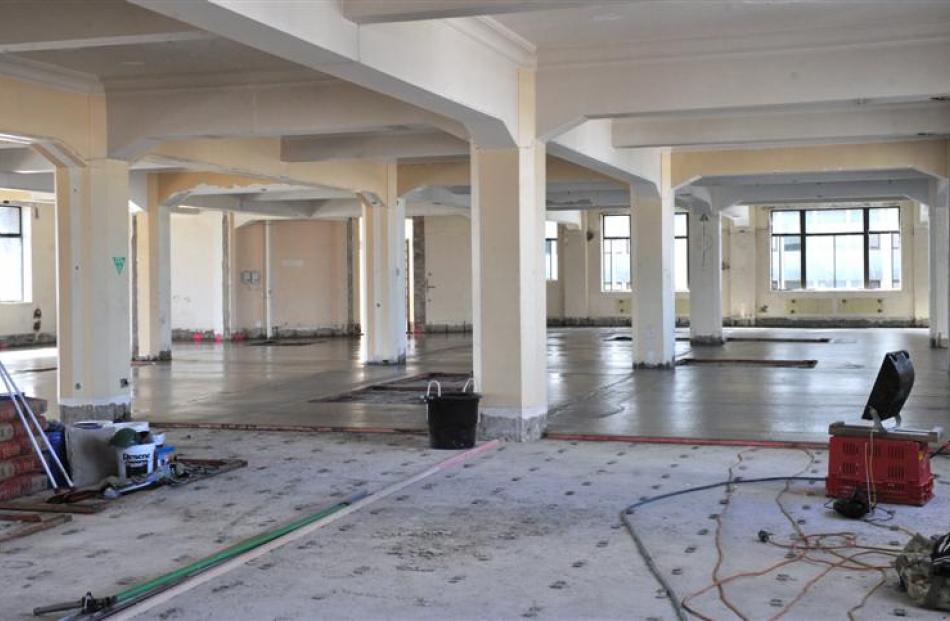 An interior view of the fifth floor of the hotel. 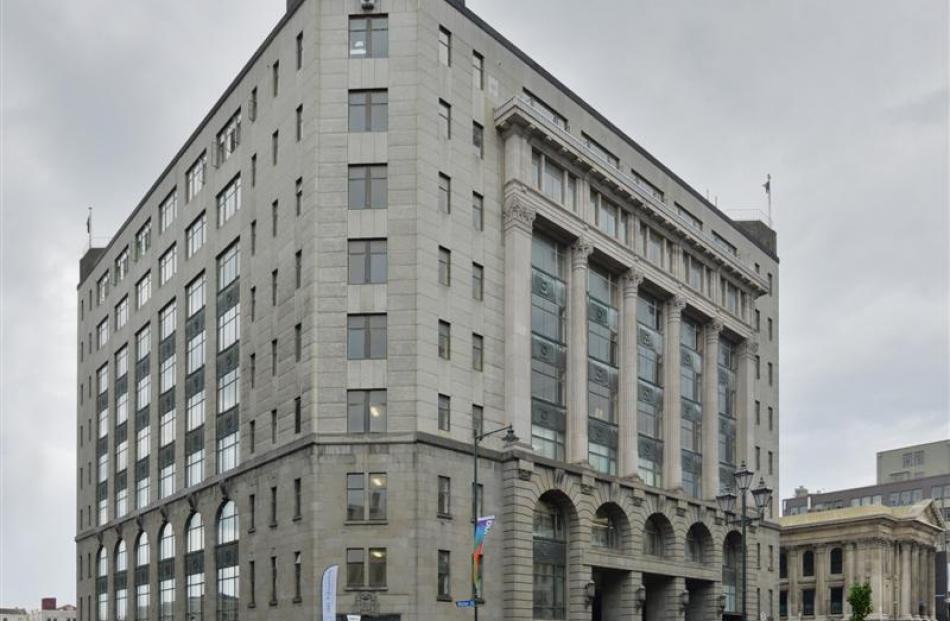 The former Dunedin chief post office, which is being remodelled into Distinctions Hotel.

Work on a 121-room hotel in the former Dunedin chief post office is ramping up, as its developer works to finish in time for an October 1 opening day.

That date for the four star-plus hotel is fixed, with bookings already taken for rooms.

Mixers were feeding concrete to the fifth floor of the historic building this week, as concrete workers including Phillip Te Wera Joseph, of Te Wera Concrete, worked on the upper floors.

As that work is finished, builders, plumbers, plasterers, and painters will move in to complete 25 rooms per floor, owner Geoff Thomson, of Distinction Hotels, said.

Mr Thomson said about 19 people were working on the hotel. Work began on the five upper levels about two months ago.

That number would grow.

''The workforce will increase between now and October.''

Mr Thomson said the hotel began taking bookings about a week ago, but he was not worried about his project succeeding.

''Tourism is definitely on a comeback.

''It's not back to where it was six years ago, but it's definitely picking up.''

In March last year, the lights were finally switched back on at the John Mair and Government Architects Office-designed building, when Silver Fern Farms took a lease and moved in to the first two floors.

It marked the building's first permanent tenant in more than 15 years.

A Silver Fern Farms spokesman said the company was pleased to be part of the ''urban rejuvenation in this end of town''.

''[It] is turning into something special for the city,'' he said.

''There is a lot of history running through this building which we're pleased to have become a part of. It is a great space to work in and it has been well received as a venue when we have hosted our overseas customers.''

The 1937 building held Dunedin's main post office branch until the mid-1990s, though for much of the time since then it has been empty.

Various projects were announced, then fell through, as the empty building languished, a sign of economic torpor in a once thriving area.

Its rebirth comes as the Exchange and the nearby warehouse precinct have undergone considerable rejuvenation, helped by Dunedin City Council amenity upgrades in the area.

Otago Chamber of Commerce chief executive Dougal McGowan said the development was exciting for the city and the Exchange.

''This provides the city with another opportunity to create jobs and development in the area,'' he said.

''Our history is like nowhere else in New Zealand and that's reflected in the age and quality of the buildings.''

The building's redevelopment ''fits in nicely'' with its history and the area and the accommodation was needed in the city, he said.

Mr Thomson said he did not expect to have too much difficulty finding tradespeople, particularly as winter came on.

''We'll definitely be looking for painters and Gib-stoppers.

Mr Thomson said he recognised there was plenty of interest in the site, with ''such passion'' from members of the public.

It was a passion he shared and one of the reasons he bought the building.

He said each floor would have a variety of room configurations, with single and multi-bedroom options, and some with lounges and spa baths.

The outside of the building was ''predominantly complete'', with just some tidying up to do.

The hotel's reception area would be on Bond St, with the restaurant and bar on that level.

Four large safes at the rear of the area would be turned into private dining areas.

The building closed its doors in 1997 and sat empty, boarded-up and battered until its redevelopment began in 2013.

Mid-2013: Redevelopment of the building begins.