Has eye on the ball 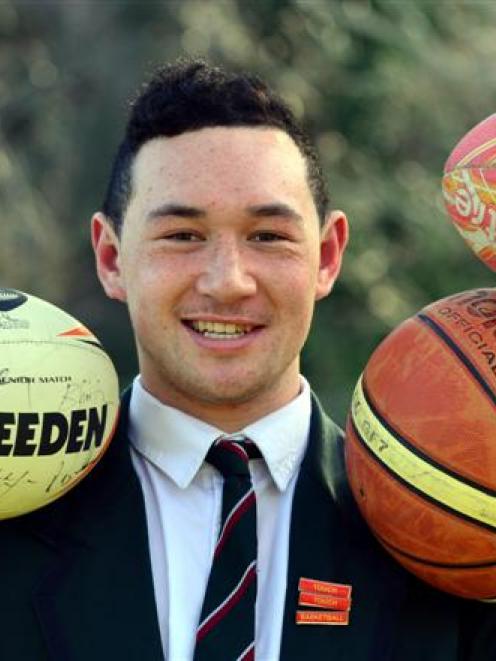 Rugby union, rugby league, basketball, touch, volleyball. Throw in schoolwork and keeping fit, and it is a pretty hectic time for the Kaikorai Valley College pupil.

But that busy life appears to be paying off for him as he makes national teams in touch and is also making waves on the league paddock.

Johnson, a year 12 pupil, is the only Otago male picked in the national under-17 touch team which will travel to the Gold Coast next month to play in a tournament against Australian states.

Five girls from Otago have made the age-group teams.

Johnson made the national under-15 mixed side a couple of years ago and has stepped up to the next level.

In touch, he plays in the middle, helping to set up plays and move the ball around.

However, Johnson says his first love on the sporting paddock is league.

He is following in the footsteps of his father Vince, who captained the Otago league team in the 1980s.

''I just like the pace of the game of league.

''It is a really fast game.

''And you can't really hide on defence,'' he said.

''Everyone has to get out there and do your stuff or you will get caught out.''

He plays stand-off at league and impressed enough to make the South Island under-17 squad.

The final team will be picked later this month but Thomas impressed at fitness testing, hitting the highest ranking among the squad last week.

His dream would be to play in the NRL and play for the Kiwis. It was hoped to get a spring league competition going for school pupils next month.

Thomas also played first five-eighth for the school first XV, having first played for the side when he was in year 10.

The side was having a competitive season and Johnson was to the fore.

Throw in some volleyball in the summer and basketball in the winter, where he has also played for Otago age group sides, and Johnson is one busy pupil.

He has one night off a week.

''Just being able to do as much as possible.''

There is still plenty to conquer this year with touch and league ambitions to fulfil.

And next year, he will return to school.