$23 million to get kids on bikes 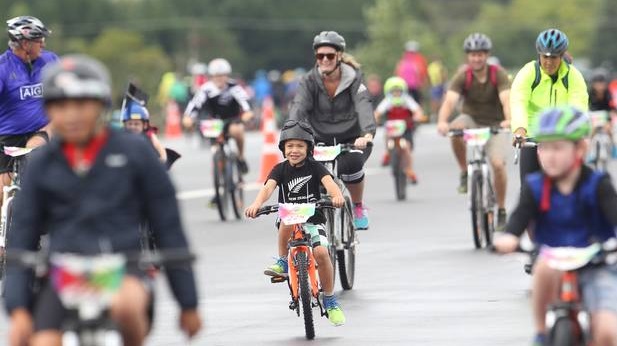 Bikes in Schools, a charitable trust that aims to get children cycling regularly through the provision of bikes, equipment and tracks to schools, will receive $6.7m for the programme to be extended to around 120 schools, Genter said.

That would give an additional 43,000 children access to the facilities.

She said the Bikes in Schools programme has been so popular that there had been a "huge backlog" of schools on the wait list.

"New funding for Bikes in Schools will be increasingly targeted towards low-decile primary schools," Genter said at an announcement at Titahi Bay School near Wellington yesterday.

"Not every child has a bike at home so this will help ensure kids don't miss out on the opportunity to learn to ride."

Bikes in Schools allowed children to learn and practise riding their bikes in a safe area at school. The funding would allow for "a fleet of bikes" and helmets, as well a cycle tracks at the schools.

She wants every child in New Zealand to have access to a bike.

BikeReady is a joint programme between ACC and the NZTA which provides cycle skills training by qualified instructors to around 98,000 school students nationwide.

"In the 1980s more than half of school kids walked or cycled to school. Today it's less than a third. We want to turn that around," Genter said.

"Cycle skills training is often the first experience Kiwi kids have with the road environment. It not only teaches kids how to be safe on a bike but how to be responsible road users," Genter said.

The funding is part of $390m set aside in Budget 2018 for walking and cycling paths and safety initiatives out to 2021.

And while she's at it, why not $50 mill or so for them to all raise their own chickens? And every family should get its own horse and cart as well.

The downside to MMP exposed for all to see — we didn't vote for this Luddite nonsense, but we're getting it anyway.