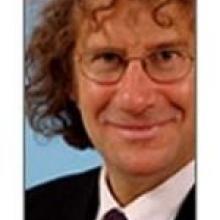 The citizens-initiated referendum will ask "Should a smack as part of good parental correction be a criminal offence in New Zealand?"

Dr Roper said supporters of the referendum would help to combat child abuse better by giving the $9 million to an organisation like Child Youth and Family.

"If [referendum supporters] were committed to ensuring the welfare of children in New Zealand, they'd suggest using the money to protect children from violence in family households, which is an enormous problem compared to parents being prosecuted for light smacking," Dr Roper said.

The question was "totally biased".

"The term 'good parenting' implies the answer that smacking is a legitimate part of good parental control."

The question needed to be more neutral, such as "Should it be a criminal offence for parents to smack their children?" he said.

It was "unlikely" the anti-smacking referendum would succeed in having the legislation overturned.

The three referendums held in New Zealand in the past had not resulted in legislation change.

"The whole process is a waste of time. There are lots of ways for citizens to get their views to Parliament without this glorified referendum."

Prof Geddis did not believe there was a problem with the "anti-smacking" legislation to warrant a referendum.

"I haven't been outraged at any prosecutions [of parents]."

The Government's reluctance to reopen debate about the anti-smacking law and "shortcomings" with the way the referendum question had been worded would probably mean the subject would disappear, he said.

Voting for the referendum is from Friday, July 31, to Friday, August 21.

With citizen-initiated referendums being non-binding on the Government, their ability to promote change has been mixed since the law first allowed for them in 1993.

While government referendums can be binding or non-binding, citizen-initiated ones - where 10% of enrolled electors sign a petition calling for a referendum - are easier for a government to ignore.

A case in point was the referendum calling for a reduction in the number of MPs to 99 - even though nine out of 10 New Zealanders thought that was a good idea, 10 years on there are 122 MPs.

Citizen-initiated referendums since 1993 are -

QUESTION: Should the size of the House of Representatives be reduced from 120 members to 99 members?" November 27, 1999 (general election day).

RESULT: No change. A Bill was introduced to reduce the number of MPs but was voted out at its second reading.


QUESTION: "Should there be a reform of our justice system placing greater emphasis on the needs of victims, providing restitution and compensation for them and imposing minimum sentences and hard labour for all serious violent offences?" November 27, 1999 (general election day).


QUESTION: "Should the number of professional firefighters employed full time in the New Zealand Fire Service be reduced below the number employed on January 1, 1995?" People to make a special trip to vote in person.

RESULT: Numbers of firefighters remained low, but there were no further significant cuts.