Aucklanders on way to Queenstown 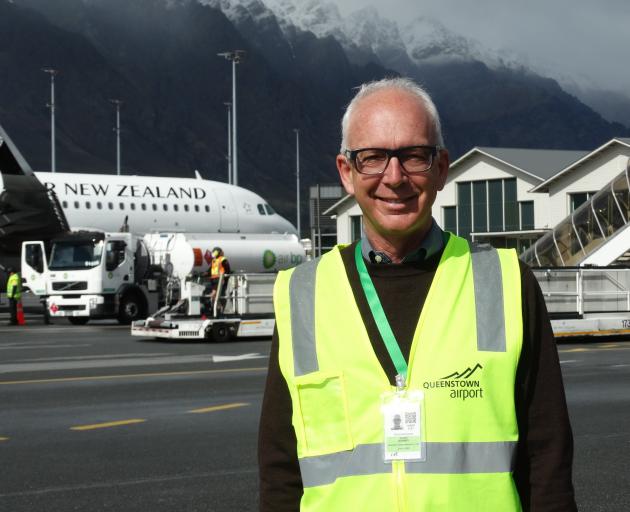 The first flight to Queenstown from Auckland in 117 days is set to touch down in the resort tomorrow morning, as more than 1200 customers are booked to fly south between the two centres throughout the day.

Queenstown Airport chief executive Glen Sowry says between tomorrow and January 14, about 160,000 passengers will travel through Queenstown Airport, including residents heading out of town for summer holidays.

The Otago Daily Times understands about 6000 Aucklanders are booked to arrive in Queenstown within the first seven days of the dropping of travel restrictions at 11.59pm today.

Mr Sowry, who started with the airport in September, said on his first day in the job "there wasn’t a single plane flying".

While Christchurch and Wellington services returned soon after, "it’s been a relatively quiet airport".

"Reconnecting with Auckland, our biggest domestic market, is definitely an important step in our region’s recovery."

From tomorrow the airport expected about three times as many daily flights compared with the past few months without flights from Auckland, he said.

Mr Sowry said that following a successful trial, the airport would be regularly screening its team over summer using rapid antigen testing, while elevated cleaning and hygiene protocols throughout the terminal would continue, focusing on high-touch surfaces and high-traffic zones.

The airport was also implementing a vaccination policy for all its staff and contractors.

Queenstown Lakes Mayor Jim Boult said he was pleased to welcome Aucklanders back, but there were "risks associated with it".

However, with a 99% double-vaccination rate in Queenstown Lakes, the district was "as ready as we can be", he said.

Te Anau was starting to see an increase in bookings, albeit not quite to business-as-usual levels.

She had seen an upturn in bookings since the border announcement, particularly for the Milford Track.

"When they found out the date they started tentatively booking, but definitely in the last couple of weeks was quite a good surge."

However, the Routeburn and Kepler Tracks had not had quite the same response.

While Central Otago appears to be top of many Aucklanders’ travel lists, Dunedin does not seem set to reap an immediate benefit from the border reopening.

Otago Motel Association president Pete Firns, who operates the 538 Great King Motel, said his business had not had an upsurge in bookings ahead of the reopening of the Auckland border.

However, the industry was remaining optimistic, and one trend that had persisted throughout the pandemic was that travellers were tending to make bookings at the last minute.

He said the industry was hopeful the new conditions would lead to improved business conditions for operators.

"We’re certainly looking forward to seeing them get let out and hitting the road."

Dunedin Mayor Aaron Hawkins said the return of Aucklanders was an exciting prospect for the visitor economy, and also would allow families to reunite for the festive season.

However, Mr Hawkins also sounded a note of caution and said the new freedom of movement was not without risk.

He said it was critical that people still continued to do the basics well, including supporting people to get vaccinated, getting tested when exhibiting symptoms and scanning and signing in wherever they go.

An Air New Zealand spokeswoman said the number of Aucklanders booked to travel to Dunedin tomorrow was not available, but between December 15 and January 31 there were expected to be about 53,869 passengers flying in and out of the city.

Air New Zealand was resuming direct services from Auckland to Dunedin and Queenstown from tomorrow, and Invercargill flights would resume on Thursday.

Jetstar, which also stopped its direct Auckland services to Queenstown and Dunedin when the outbreak started,

confirmed it would be resuming its usual schedule from tomorrow — up to three daily services to Queenstown and one daily one to Dunedin.