A Wellington man who died after contracting coronavirus was the father of the groom in the Bluff wedding cluster, Stuff reports.

Chrisanthos (Christo) Tzanoudakis (87) is one of New Zealand's nine deaths related to the virus.

He died in Wellington Hospital on April 10, Stuff reported.

Director of public health Dr Caroline McElnay announced the death on Saturday, and confirmed the man's infection was linked to an existing cluster that would not be identified for privacy reasons.

The widower and father of two was originally from Crete and had lived in Wellington for 50 years, Stuff reported.

About 70 guests attended the reception at Bluff's Oyster Cove Restaurant and Bar following the wedding in Invercargill. 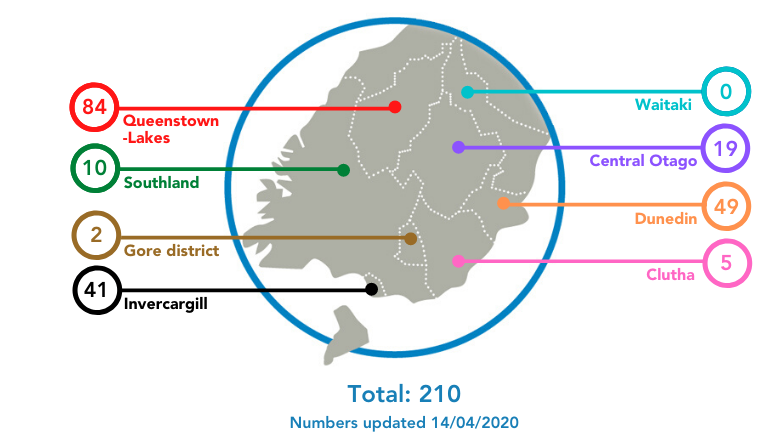 There are now 86 cases of Covid-19 stemming from the event. The bride, groom and several other family members have tested positive, as have about 10 staff at the bride's workplace - Invercargill City Council - according to Stuff.

Data published by the Ministry of Health shows the cluster originated from "overseas exposure" to the virus.

It's the nation's largest cluster of cases, ahead of Marist College's 85. There are 13 clusters in New Zealand with 10 or more known cases.

An Air New Zealand flight attendant is believed to have been questioned as part of investigations into how coronavirus arrived in the cluster.

The flight attendant told guests he had returned to New Zealand from a work flight from the United States just days before, according to a New Zealand Herald source who did not want to be named.

He was said to be coughing and - at a gathering of family and guests the next day - was gargling salt water, apparently for a sore throat.

The Herald has learned he went on special leave from his job about March 25.

So there ya have it folks, every death from now on in NZ is a corona death.

On the plus side, death rates for flu, pneumonia, heart disease and common or garden old age, will plummet.
Remember, don't just look at the data, you need to hear the 'story' too.
Hail our 'single source of truth'....