Can Christchurch ever come back? 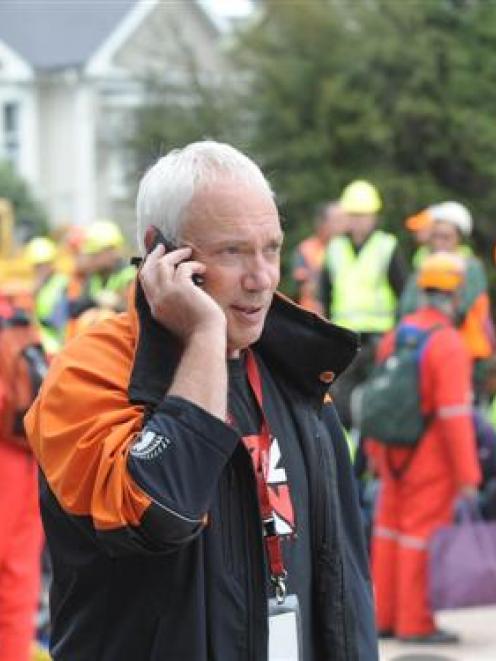 The roads were as rough as country tracks - alternately a mucky quagmire or broken, humped and hollowed.

The buildings were battered, torn or flattened.

The scene was unreal, as if it were a movie set.

I once worked in central Christchurch for eight years, and my beloved stomping ground lay in ruins.

The only moving traffic was emergency vehicles, armoured cars and trucks.

Where she came from who knows, but the appearance of an elderly woman wearing a crash helmet puttering along Kilmore St on her mobility scooter seemed bizzare.

A contingent of media was yesterday taken by police to view the torn heart of city, a scene of horror and sadness lightened only by the occasional moment of joy when someone was rescued alive from the rubble.

Also evident was determination and courage as professionals grimly did their job.

Building after building lay in ruins, blockwork and bricks tumbling on to the street, window frames buckled, glass strewn across footpaths, and roofs buckled and twisted.

The 150-year-old Canterbury Provincial Chambers building in Durham St was mortally wounded, much of its stonework a crumbled heap.

Row upon row of small shops with apartments above in the Kilmore St-Colombo St area were wrecked, their upper rooms missing facades, paintings still visible hanging on the walls.

Desks and chairs teetered on the edges of office buildings.

The enormous panes of glass at the Crowne Plaza hotel entrance foyer were missing, leaving a gaping chasm.

Near the Avon River, a parking building had folded on itself.

Next door, a once-magnificent Victorian-era church was a shell.

Nearby, another church was ruined.

Even from a distance, the Cathedral, stripped of its spire, was a sobering reminder of the violence of the quake.

Miracle might be an over-used word, but it seems nothing short of a miracle that four people were rescued from the Pyne Gould Corporation building in Cambridge Tce - or what was left of it.

The multistoreyed, 1960s building was a twisted heap of concrete, metal and debris.

Its floors had pancaked, leaving the central tower adorned with a cascade of air conditioning units jutting on a precarious lean.

It seemed impossible that anyone could have survived.

There was no such good news at the remains of the CTV building in Madras St.

So many buildings are gone or beyond repair, it seems impossible that they could all be rebuilt.

An estimated 60% of the city was without electricity last night, with almost everyone without sewerage and water.

And it seemed every road we saw was cracked, uneven or pot-holed.

I had seen the devastation on television.

But I wasn't prepared for the reality and scale of it all.

How can Christchurch ever come back from this?