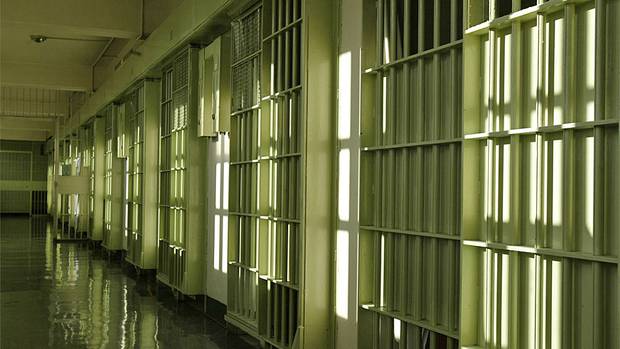 Ziggy Stardust Buckeridge is awaiting a place in a prison programme. Photo: NZH
A man who murdered a North Canterbury schoolgirl and buried her in a shallow grave - placing an old car bonnet and a dead cat on top of her crude resting place - has been refused parole.

Ziggy Stardust Buckeridge, then 30, helped in the search for the teenager - before confessing four days later to police that he had killed her and leading them to where he had tried to conceal her body.

Julie had been stabbed in the chest and her throat was cut.

Buckeridge would later deny a charge of murdering Julie but in October 1992 a jury found him guilty of the crime, and of unlawful sexual intercourse with his victim.

He was sentenced to life in prison.

He has been released on parole twice before - but has been recalled for to prison both times for breaching his conditions.

Buckeridge appeared before the Parole Board again on September 3.

He is now 58 and serving his time in Christchurch Men's Prison.

Board chairman Sir Ron Young said while things were looking more positive for the killer - he could not be released yet.

"He has three pages of previous convictions involving two rapes, drug offending and property offending," he said in his decision released publicly today.

"We last saw him in September 2019. At that stage, he had made good progress but had been found using synthetic cannabis in 2017 and had been sent back to the main prison."

"We will need to take into account their views about a release for Mr Buckeridge," Sir Ron said.

"We note that Mr Buckeridge's idea is that after release and completion [of the community programme] he would move to [another location] or somewhere in the North island for long-term accommodation."

Meanwhile, they would undertake further work around his release.

"Firstly, we will make contact with the victims so that we can understand their view of a release for Mr Buckeridge," said Sir Ron.

"In the meantime, we asked Mr Buckeridge to focus on plan B for accommodation that is supported but away from [where the victims live].

"If the release is to be to [near the victims] then there is likely to be very restricted GPS monitoring of his whereabouts ... For example, the restrictions might mean he would not be able to go beyond 100 or 200 metres from [an approved address].

"In the meantime, he remains an undue risk."

At an earlier parole hearing, Buckeridge spoke to the board about his recalls to prison.

The killer said after being released in the past "he was undone by alcohol".