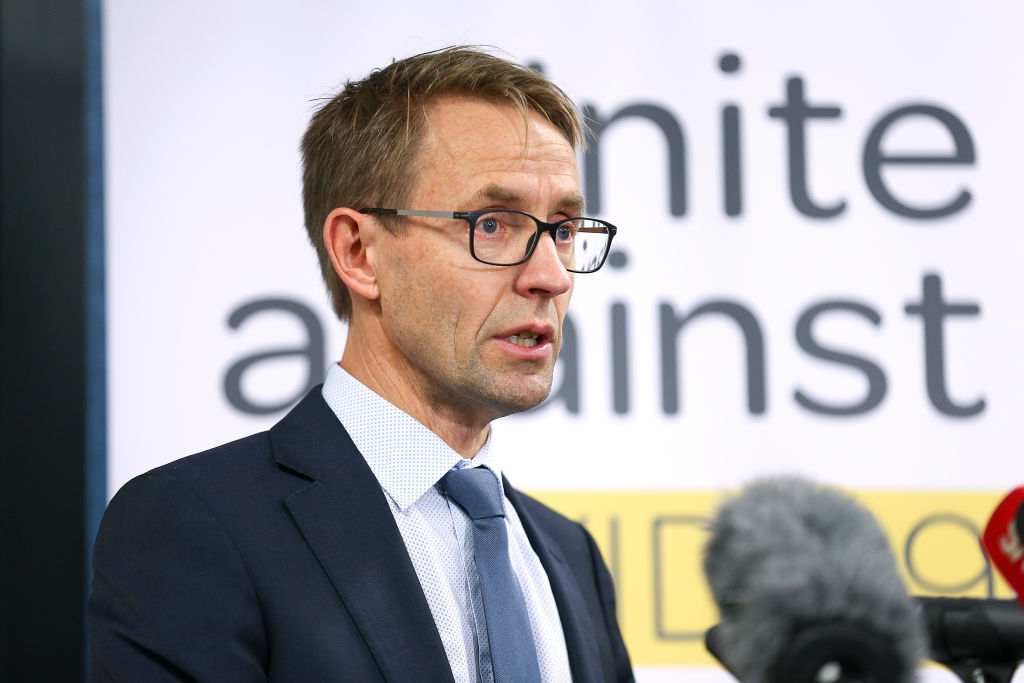 Director-general of Health Ashley Bloomfield. Photo: Getty
There are two new cases of Covid-19 in New Zealand today and one of the cases is a child under two.

Both cases were recent arrivals from overseas and both were detected within managed isolation facilities, the Ministry of Health said in a statement. Neither involves community transmission.

Today's first case is the young child of the couple announced yesterday as cases who have recently arrived from India.

"We are pleased to report that all family members are doing well at the Jet Park Hotel, the quarantine facility in Auckland," the Ministry said.

"We will not be providing exact details of the child's age but can say they are under two years old."

The second case is a 59-year-old woman who travelled from Delhi and who arrived in Auckland on June 15 on flight AI1316.

She was tested while at the Grand Millennium managed isolation facility and was travelling with her partner, who has also been tested, and whose result is pending.

Active follow up is now under way. An update would be provided on Monday on this case and the follow-up of other cases from last week, the Ministry said.

This couple are also now in quarantine at the Jet Park.

Everyone who was at the Grand Millennium while these people were there has or will be tested as part of the testing at around days 3 and 12 that is now routine at all managed isolation facilities, today's statement confirms.

"This result was picked up in the woman's day three test and is an example of the new testing regime working as it should."

Meanwhile, Director-General of Health Ashley Bloomfield reiterated that the Government was always expecting to get new cases at our border as New Zealanders return home from overseas.

"It is good that the systems are in place to detect these cases. Testing, particularly at the border, will continue to be an important part of our Covid-19 response," he said in a statement this afternoon.

He said it was a very high Saturday total, which he said again underscored the high capacity of the laboratories and the testing that continued in the community and across New Zealand's managed isolation facilities.

The two new cases brings the total number of confirmed cases up to 1,161 - the total confirmed and probable is 1511.

The number of recovered cases remains at 1,482 and there are no additional deaths to report.

No one in New Zealand is receiving hospital-level care for Covid-19.

After 24 straight days of no new cases, this week saw the emergence of five new cases before today – two yesterday, one on Thursday and two on Tuesday.

The new cases all come from overseas and were detected while the infected were in quarantine.

Here's a thought, stop letting people in from overseas..

Can't do that, the Bill of Rights says

18. (2) Every New Zealand citizen has the right to enter New Zealand.