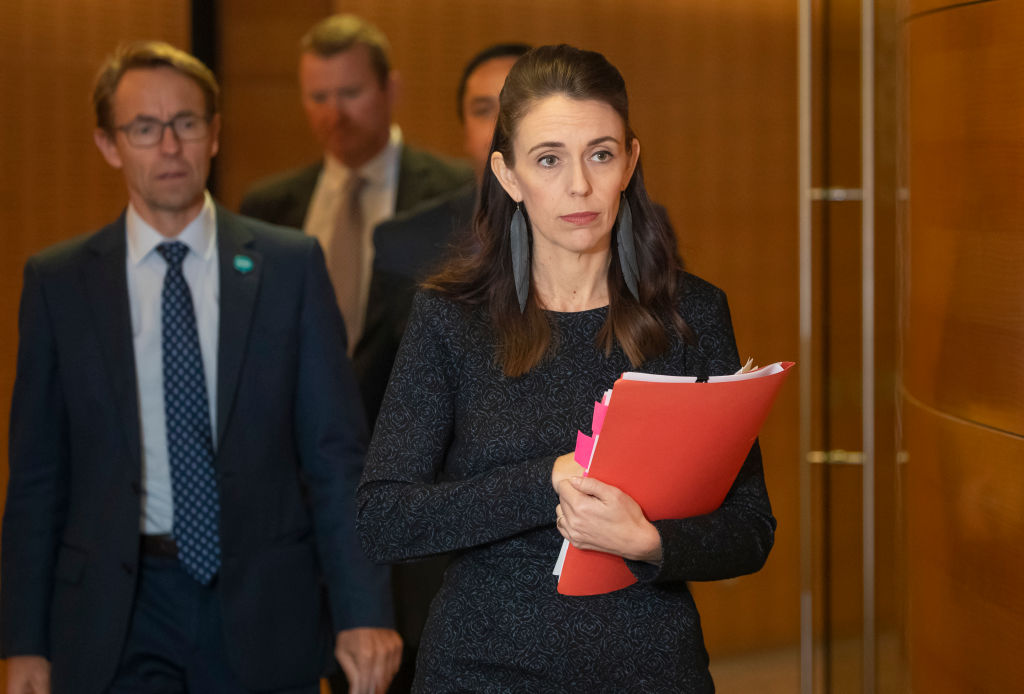 Dr Ashley Bloomfield (left) with Prime Minister Jacinda Ardern. Photo: Getty Images
The Government massively underestimated the number of people who would be returning to New Zealand - and the cost of keeping them in managed isolation, according to new documents.

Hundreds of documents related to the Government's pandemic response were released this morning.

They included a Cabinet paper on April 17, which put the estimated cost of managed isolation hotels at $195 million for the first six months, based on 190 arrivals a day.

However, in the first two-and-a-half months, the bill had already hit about $80 million and is now forecast to reach $500 million by the end of the year.

Megan Woods, the minister in charge of managed isolation facilities, this week announced plans to charge those who enter New Zealand temporarily or left after the new regulations come into force.

This is expected to recoup less than $10 million.

Another paper from June 17 on allowing the resumption of transit visas, noted the risk that some people could be stranded in New Zealand as border restrictions changed at short notice.

"If their next country after New Zealand refuses to let them board, there may not be another flight back to [the country they just left] so the passenger will have to stay in Auckland in managed isolation."

The Government expects the already high and increasing rates of homelessness will be made worse by the social and economic impacts emerging from Covid-19.

According to a Cabinet committee report on homelessness, more than 1000 individuals have been housed in motels throughout the country.

It says an increase in unemployment and income reductions are expected to further increase homelessness in the immediate future and the longer term.

It notes that at the beginning of July, demand for Emergency Housing Special Needs Grants had already gone up 42% over the 10-week period from the start of alert level 4.

The report says the impacts of Covid-19 are likely to worsen inequalities for groups who already experience high rates of homelessness, such as Māori, Pacific peoples and rangatahi, or young people.

Business owners could have faced prison or hefty fines for refusing to display Government QR codes for rapid contact tracing, under options considered by Cabinet.

In a paper from Prime Minister Jacinda Ardern on June 8, Cabinet was asked to decide whether to require businesses to display QR codes or merely encourage them to do so.

"My recommendation is to take a voluntary approach at this time, but with the knowledge that the option to make it a legal requirement is available if required," Ardern wrote.

Under the Covid-19 Public Health Response Act 2020, non-compliance would be subject to penalties of up to six months in prison or a $4000 fine.

The paper noted there would also be "challenges for enforcement" of a mandatory approach.

"Officials recommend exemptions for organisations where obtaining a QR code is not reasonably necessary or practical.

"This would make it difficult to know if an organisation not displaying a code is non-compliant or exempt.

"And a mandatory requirement would need to cover retail outlets. It might seem discordant that retailers would face enforceable requirements to support contact tracing at alert level 1 when they did not at level 2."

A voluntary approach, by contrast, would "generate a more positive tone".

The Ministry of Health dismissed pleas from intensive care specialists for higher-grade masks for health workers dealing with Covid patients.

A Cabinet paper from June 2 noted a request from an expert advisory group to revise ministry guidelines on protective masks in intensive care units.

The ministry currently recommends surgical masks for all healthcare workers in contact with suspected or confirmed Covid cases, and the use of N95 masks during risky procedures.

However, the ministry said there was no clinical evidence that N100 respirators provided greater protection against Covid-19.

"The ministry recommends that there is no change to the current guidance, but that the guidance is reviewed as additional evidence and data becomes available."

Director-General of Health Dr Ashley Bloomfield wanted the country to stay at level 2 restrictions for another few days.

In a report to then Health Minister David Clark on June 5, Bloomfield said New Zealand was "on track" to move to alert level 1 in the week beginning June 8 - much earlier than his previous advice that loosening restrictions should not be considered until at leastJune 26.

"My preference would be for level 1 to come into effect on Friday 12 June, which is 14 days since level 2 was fully implemented and the time when conservative estimates indicate a 95 percent chance Covid-19 has been eliminated."

However, when Cabinet met onJune 8 it decided to move to level 1 from midnight.

So where to now with the lenient charges for isolation and quarantine? Are they actually going to toughen up?