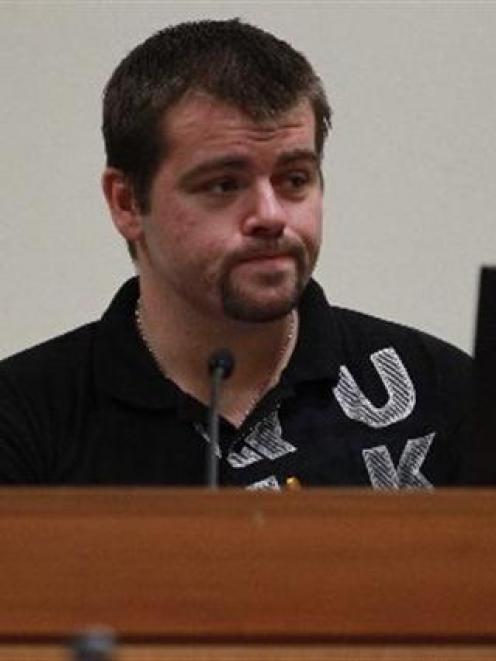 Daniel Rockhouse gives evidence in Greymouth.
When Pike River Mine survivor Daniel Rockhouse stumbled into an underground haven intended to save him after a massive blast at the coal mine, he found the phone and fresh air valve were not working, there was no first-aid kit.

Mr Rockhouse, who now works at a mine in North Queensland, had no mining experience before joining Pike River, he told a Royal Commission of Inquiry today as an investigation continued into the November 19 disaster that killed 29 men.

He said it had been a routine work day. He stopped to refuel his vehicle, turned around and bang, something blew up.

''It was like a big blast of pressure boom! And it hit me.

Within seconds, the smoke hit.

He eventually reached a phone and called the emergency number 555, only to get an answerphone message for Pike River Coal Ltd. He then called 410 for service control, and mine general manager Doug White told him to stay low and get out.

On the way out he found Russell Smith - the only other survivor lying in the tunnel. His eyes were rolling in the back of his head. Mr Rockhouse dragged him to the fresh air base (a modified shipping container), where things either did not work, or were missing.

The first, exterior front door, which was meant to be sealed, was arched open.

A tag on the phone said it was `down due to fresh air base move'. Nothing came out the air vent.

"I couldn't believe my eyes (I said) a lot of swear words."

Mr Rockhouse told the inquiry that earlier in the day, he went to get gravel to improve an underground road.

After the blast hit, he put on his self-rescuer. With his eyes watering and nose running, he ran around the corner, where the air was clearer, only to find it was a dead end.

Panicking, he ripped the self-rescuer - which he had only been trained to use in the classroom - out of his mouth and breathed in what he thought was carbon monoxide and passed out.

He awoke later with water beneath him, immobile and crying.

"I was screaming `is anyone out there, help, help, help','' but no one answered.

He limped to an air line piped through the tunnel, but it appeared the compressor had been turned off. It was then that he found Mr Smith, dragged him to the fresh air base, where nothing worked, said "stuff this'' and started for the portal.

He kept looking back, praying to see more lights from miners' lamps, but there were none.

During his testimony, lawyers passed water back to the public gallery, where family members wept.

Questioned, Mr Rockhouse said he had been 10m up the alternative escape ladder in the past and it would be too much of a mission.

He also said phones were regularly moved about underground and were often not where people thought they were.

The only person he saw test a self-rescuer underground was his father, former Pike River safety manager Neville Rockhouse.

Smoke lines, which people could follow to safety in the event of a disaster, were broken or non-existent.

There was one toilet, which was 1km from the coal face.

"Most guys had to resort to going on the ground, or just wherever getting treated like a dog.''

People would regularly stand in the bucket of a loader to work, even though it was banned.

Mr Rockhouse was applauded as he left the dock.

Earlier in the day, the commission heard from Mattheus Strydom, a former South African electrician sent to investigate when power and communications were lost with the mine.

He got within 2m of Mr Smith but, unable to breathe and thinking Mr Smith was dead, had to retreat. He did not think to use his self-rescuer.
Mr Strydom said he had raised safety concerns with management regularly in the past.

The ventilation shaft, the slimline shaft and the only entrance to the mine all converged on the Hawea Fault.

"I'm not a mining expert, but I'd often ask in meetings what would happen if we had some kind of geological event there, and that fault slipped?

"In my opinion there was no way you could have made it (up ventilation shaft) in an emergency."

At one stage there was a walkout when an underground vehicle was not available, and people felt their safety was in jeopardy.

There was no emergency evacuation drill but in South African mines it would happen weekly. 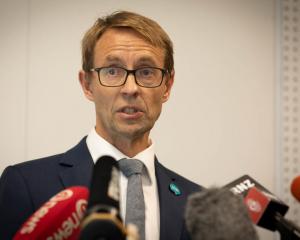 One new case of Covid in managed isolation 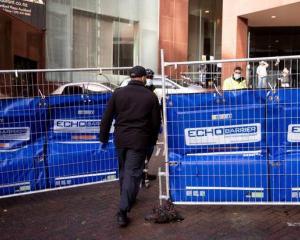