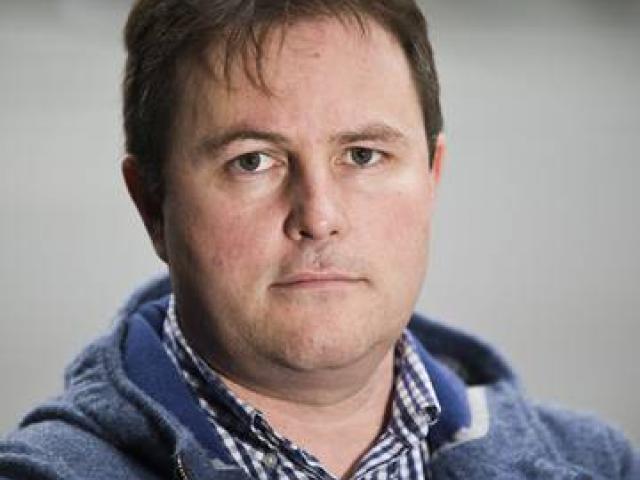 Professor Shaun Hendy.
A scientist who has modelled the chances of a Covid-19 resurgence in New Zealand says there are likely to be "five to six dozen" people with the virus now out in the community.

Auckland University Professor Shaun Hendy says the fact that the South Auckland family found to have the virus had no direct links with recent overseas travel showed that they must have caught it via other people in the community.

"That tells you there are probably several steps in the infection chain," he said.

"A dozen cases would be at the lower end of what we think is likely. It's more likely to be several times that," he said.

He said the number could be much higher if anyone in the infection chain attended a "super-spreader event" - a large social gathering or potentially just a workplace where many people could have been infected during the virus incubation period over the past two weeks.

He said it would probably take health officials a few days to trace the infection chain.

"By looking at the RNA of the virus we can link different infections, for example whether it came through an isolation and quarantine facility or whether it was by some other route," Hendy said.

"But we won't necessarily know whether we have picked up all cases in the quarantine facility. If you are not showing up on the test, then we don't know to get the RNA for the genome, so we may find that it's not linked to a known case in New Zealand.

"On the other hand, we will get good information about where in the world it has come from. Has it come from the US, or Victoria, or something like that?"

Hendy, who heads the national research centre on complex systems Te Pūnaha Matatini, said the two Covid tests taken near the beginning and end of the two-week quarantine period still missed a small fraction of people coming into New Zealand with the virus.

"Some may have to be tested three or four times before they show a positive result. A ballpark number is that the false negatives might be about 10 per cent," he said.

His team estimated last month that, at the current rate of about 400 people arriving from overseas every day, we could expect someone to get through quarantine and out into the community with the virus on average once every 600 days - if they didn't have any contact with other hotel guests or staff in their two-week quarantine.

The likelihood jumped to one every 27 days if there was "moderate" contact between guests in buses, lifts, exercise activities and other common areas.

That still assumed no contact with quarantine or airport staff, and the study warned that "it is possible this risk is comparable to or greater than the risk of releasing an imported case [new arrival from overseas] into the community".

"For example, recent community outbreaks in Melbourne are thought to have been seeded as a result of hotel staff being infected by people in quarantine facilities," the authors said.

"Contacts between hotel guests and staff should be minimised and [there should be] physical distancing and proper use of personal protective equipment by hotel staff at all times."

Hendy said those calculations meant it was "reasonably certain that at some point there would be a border incursion", and NZ officials had realised that it could happen soon when they saw the recent outbreak in Victoria.

"We know that they had eliminated the disease, just as we did, and yet it came roaring back, and that has had an effect on the way that we look at the possibilities," he said.

"And we are seeing it increasingly get out of control in other parts of the world, and it's likely that that is the biggest risk to come - that it becomes endemic in the rest of the world, and then over the long run we are always going to have a risk."