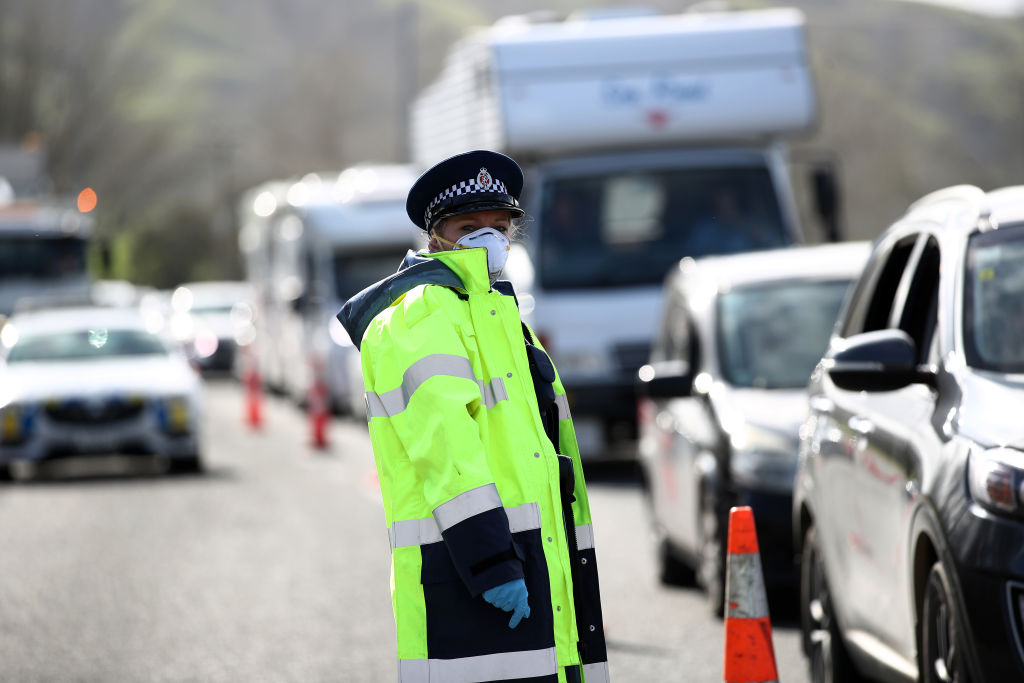 Police stop vehicles at a checkpoint on State Highway 1 near Wellsford north of Auckland on Wednesday. Photo: Getty
One of the people who has tested positive for Covid-19 had been off work on sick leave for nine days.

The man, an employee at an Americold coolstore in Mt Wellington, is one of four people who tested positive on Tuesday.

Americold NZ Managing Director Richard Winnall told The New Zealand Herald the company was notified an employee was suspected of having Covid-19 late yesterday and that the Mt Wellington branch needed to close for 48 hours.

"We have made contact with him. He is doing okay. He has been on sick leave for the last nine days."

He said the man's position at the company meant he didn't leave the office and he had not been in contact with employees at any of the three other local branches.

His 26 colleagues at the Mt Wellington branch are however being tested. They are undergoing "an anxious wait" and will be offered any support they need, including addition sick leave if required.

Winnall said the company was contacted by the Ministry of Health at about midday today asking them to also close a branch near Auckland Airport and have the 20 staff who work there tested as a precaution due to it's close proximity to the terminal.

It is not clear if the sick employee is the index case - the 50-year-old who was first identified in the family of four who have tested positive.

Auckland went into a level 3 lockdown today and the rest of the country moved to level 2 after the four positive tests yesterday.

At a press conference this morning, Director-general of health Dr Ashley Bloomfield said one of the four people was a woman in her 20s who had been in Rotorua at the weekend with two children. One of those children, a preschooler, has also tested positive.

He said surfaces at the Mt Wellington coolstore were being tested to see whether freight or something else may have been the origin of the infection.

He also confirmed money lender Finance Now as the second business linked to the family.

Employees, contractors, and visitors to the following premises in the last 14 days:

Americold in Mount Wellington; and

Those people must stay home and isolate until they have been contacted by the national health service responsible for contact tracing.

Bloomfield confirmed 130 people at the finance company officer were considered close contacts and three were symptomatic.

All would be followed up by public health officials and tested with the large scale operation being coordinated from the health ministry's national close contact service in Wellington.

Those leading the company were in top level crisis meetings this morning.

They have not responded to requests for confirmation that their company is affected in this latest wave of infection.

The email to finance staff says the outbreak has hit very close to home.

"With full transparency uppermost management has confirmed there has been a case in their office", the email read.

Staffed would be briefed of developments across the day.

In the meantime staff would work from home.