She said New Zealand was in a privileged position due to its "hard-won gains", and opening the borders while the pandemic was escalating came at a potential price.

Imported cases had led to outbreaks in New Zealand, and the reason for the current freedoms in New Zealand was because of the strict border measures, she said.

Ardern said opening up more to Australia and the Pacific was being considered, but anyone pushing for more open borders now was irresponsible.

Ardern said the number of people in quarantine or managed isolation was 4858, and there was breathing space as there was capacity for 6103. 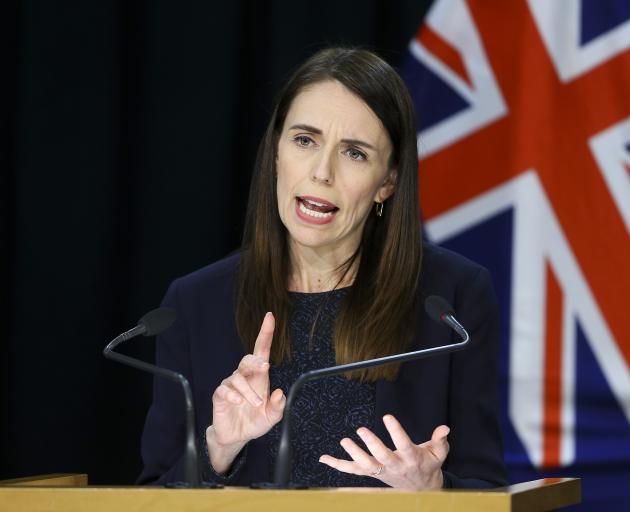 Ardern said opening up more to Australia and the Pacific was being considered, but anyone pushing for more open borders now was irresponsible. Photo: Getty Images

She did not have the names of the four new hotels on hand.

Ramping up capacity was needed to match the increasing inflow of returning Kiwis, she said.

Of the 1200-odd spare beds in quarantine and managed isolation facilities, she said the numbers were increasing and that spare capacity would soon be filled.

Asked about sharing briefings with the National Party, Ardern said she shared information publicly as soon as it was possible.

On Apec 2021 going virtual, Ardern said there was too much uncertainty about face-to-face meetings.

She said a "wide range of options" were considered about Apec 2021, but making it virtual was a "balanced decision" in an uncertain Covid environment.

There were obviously benefits of face-to-face meetings, but the uncertainty of Covid meant that a virtual Apec would be less risky.

The transtasman bubble and opening the border

The Prime Minister said opening the border with countries in the medium term depended on a number of factors including the turnaround time for tests, how rampant Covid-19 is, the ability to treat a large number of people and whether there is a vaccine available.

National leader Todd Muller did not call for borders to be opened up in the short-term, but asked for clarity around the criteria for mandatory quarantine measures in the medium and long term.

"Covid is not over. It's not going to be over for some time."