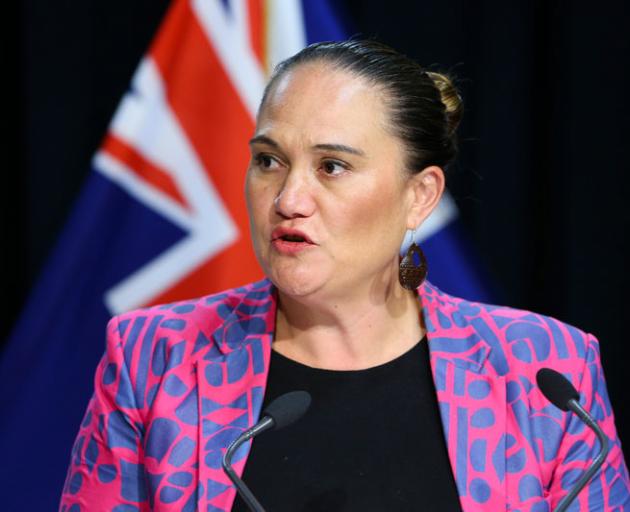 Minister for Social Development Carmel Sepuloni. Photo: Getty.
The Government has extended an olive branch to thousands of desperate foreigners on temporary visas who can't support themselves or return to their home countries.

From December 1, they will be able to apply for an emergency benefit, Social Development Minister Carmel Sepuloni announced today.

The Ministry of Social Development estimates about 5800 will receive the benefit out of about 267,000 temporary work, student and visitor visa holders currently in New Zealand.

It is estimated to cost about $16 million, most of which will be funded by a $14m underspend in the Red-Cross administered programme it is replacing.

Government support for migrant workers stuck in New Zealand has previously been criticised. Workers have become increasingly desperate as jobs vanished across the tourism and hospitality sectors during lockdown.

Union groups, migrant groups and community groups called for the Government to enact provisions to allow it to grant benefits to jobless migrants during the pandemic.

Instead, the Government offered emergency support via a Civil Defence Emergency Management scheme.

However, Newsroom reported one family of seven was given a small set of canned food for all of lockdown.

The scheme was replaced by a $37.6m programme delivered by the Department of Internal Affairs and the NZ Red Cross, starting on July 1. This supported 12,300 people with basic needs like food and accommodation, but is due to finish on November 30.

"With the end of this programme, we want to ensure people eligible and most in need continue to get support with their basic needs while trying to return home as soon as they can, if they are not able to find suitable employment," Sepuloni said.

International flights were becoming more frequent, but she said that didn't mean foreigners could get back to their home countries.

"Some people on temporary visas are still unable to return to their home country and are in hardship because of lost jobs, illness or other unforeseen events."

To be eligible, a temporary visa holder needs:

• A current temporary New Zealand visa such as a visitor, student or work visa, and not a sponsored visa.

• To be in financial hardship with no other means of support (other than funds to purchase a flight home).

• To be taking all reasonable steps to find other means of support including work, consular assistance, support from family, friends and organisations in NZ or overseas, or arranging to return home on commercial or repatriation flights as soon as they can.

• Eligibility will also depend on a person's income and assets.

"Temporary visa holders granted emergency benefit are expected to actively look for work or other ways to support themselves, including returning home when they can," Sepuloni said.

She said she had asked the Ministry of Social Development to direct them towards seasonal work, or other areas where there is a shortage of workers.

We are paying foreigners to do nothing? Yet the Government does not give a toss about Kiwis stuck overseas trying to get back after they have lost their jobs overseas. Where is their support? Let this payment to foreigners be conditional on them working (as a supplement) at say farms/orchards, then 2 problems are solved and at least we can enjoy (via eating) some of our taxes.