1 Comment
The Government has backed down on rules under alert level 2 only allowing 10 people at funeral and tangi.

Health Minister David Clark has announced this afternoon that up to 50 people can attend as long as long as the Ministry of Health is satisfied that a range of public health measures can consistently be met.

The Government has come under increasing pressure since announcing on Monday that restaurants and sports events could have up to 100 people, but funerals and places of worship would remain restricted to 10 as under level 2, which starts at 11.59pm tonight.

Funeral directors will register funerals with the Ministry of Health and declare that health requirements have been met.

They include physical distancing, hand hygiene and no food and drink congregations afterwards.

Ministers have been meeting with church leaders, funeral directors and iwi leaders over the past 24 hours.

"Funerals are exceptional events and have been one of the most difficult areas of restriction that we've considered as we try to avoid the double tragedy of losing a loved one and spreading the virus," Clark said.

"The strength of our response to this virus has been in our agility to respond and we have listened to the concerns of the 10-person limit for funerals and moved on that - while emphasising they still pose a significant risk in setting us back.

"Around the world we have seen the virus spread at funerals as well as a second wave of infection taking hold just as countries were getting on top of the virus, like we are now."

He said a funeral of 100 people in the US led to an outbreak resulting in 30 deaths across one county, three funerals in South Africa led to 200 cases, and 143 cases in Canada have been linked to one funeral home.

"We can all be rightly proud of the progress we've made in tackling the virus over the past seven weeks and we need to maintain this unity to keep us on track.

"Our clusters of the virus represent a slice of Kiwi life – events where people mix and mingle – and any spread at these events could make the difference between moving forward with confidence and going backwards.

"I'm pleased that we have found a workable solution that that keeps people safe, while at the same time allowing more people to gather and grieve together."

In a marae setting, there'd be support from public health units available but the Government would first trust whanau and marae to hold tangi safely.

The guidance will be available later today.

Director-general of health Ashley Bloomfield said he hadn't specifically discussed with iwi about having a multiple-day tangi, but they should be able to go ahead as long as they are abiding by the health protocols.

In two weeks time, Cabinet would review the guidance around group-size but these were very specific situations, Bloomfield said.

Bloomfield said Prime Minister Jacinda Ardern had signalled level 2 could be phased in and this was part of this process after consultation.

At her 1pm press conference, Prime Minister Jacinda Ardern announced that the planned funeral rules, which kick in when level 2 officially starts at 11.59pm tonight - were being reviewed today by the Ministry of Health, with the help of funeral directors and church leaders.

Ardern said "the hardest parts" of the alert level framework were funerals and tangi.

But she had instigated calls between church leaders, funeral directors and iwi leaders to see if they could find a way to address legitimate health concerns while recognising funerals and tangi couldn't be postponed.

They were "well on their way" to finding a solution and the Health Minister would have more information this afternoon, before the country moves alert levels.

The Government was still working through the details. Ardern said they had always been agile and acknowledged the difficult times Kiwis were going through. She said "there will still be restrictions".

They were seeing whether there'd be "checks and balances", involving funeral directors and the Ministry of Health.

Other areas in their response had also been changed after consultation "and I don't shy away from that". 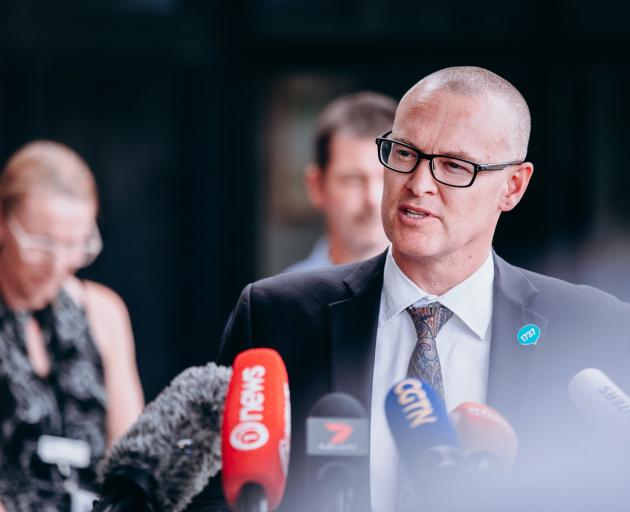 She accepted there'd been consequences of the restrictions - she's had friends who'd had funerals and tangi during lockdown and alert level 3.

"But ultimately we've always said we'd want to work through issues where they arose."

But New Zealand would have to exercise caution because "we're not out of the woods yet".

Health chief Ashley Bloomfield said the consistency around the public health advice was around group size and the purpose of the gathering, especially where there would be mixing and mingling.

The public health advice was focused on balancing health risks but had engaged and listened to the specific concerns about funerals and tangi.

Ardern said no one wanted to see police break up funerals - but enforcement was ultimately up to police.

"I don't think anyone in New Zealand wants to see a scene like that."

Ardern said social gatherings had the biggest risk factors and countries were now having second waves, which she called "a warning shot to us".

Ardern has been under fire from grieving families and the National Party over the past several days.

National leader Simon Bridges has described the funeral rules as "inhumane", questioning how the 10-person limit can be reconciled with a 100-person limit for cinemas.

"We have listened to those concerns," Dr Clark said.

Clark continues the Presbyterian submission to the state. Shocking.