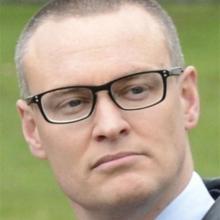 Health Minister David Clark.
The cash-strapped Southern District Health Board and its fellow providers are to receive a major funding boost, the Government announced this morning.

The pre-Budget package included an extra $980 million per annum for DHBs to cover running costs – combined national deficits across all DHBs in the last financial year were $1.2 billion.

The SDHB had one of the largest deficits of all DHBs, $85.8 million, an amount inflated by one-off costs incurred by meeting Holidays Act requirements.

At a board meeting last week its chief executive Chris Fleming said the organisation’s financial result for the year ended March was $5.4 million behind its budget, and its deficit was just over $28 million.

However, he hinted the costs associated with the battle against Covid-19 had caused major damage to the organisation’s finances during April.

While it was planning on the assumption further funding would come from Ministry of Health, no guarantees had been given.

"After what the country has gone through in recent months, and from the devastation we have seen to underprepared health systems around the world, it is absolutely critical that as a country we continue to invest in and build up the capacity of our health system.

"That is what the Government is committed to."

The package also provides an additional $31.3 million annually to manage planned care, and a one-off boost of $282.5 million operating and capital expenditure over three years to catch up on planned care – including elective surgery – postponed due to Covid-19.

Mr Fleming last week predicted it could take a year or more for the SDHB to catch up on hundreds of operations and appointments delayed when hospitals went into lockdown due to Covid-19 Alert Level 4 restrictions.

However, the organisation’s specialist services executive director Patrick Ng said with proper funding and extra weekend clinics the backlog could be cleared in four to six months.

Dr Clark said the funding would enable DHBs to improve their financial sustainability and clinical performance.

"As a Government we’ve put a significant amount into DHBs to put them back on the path to sustainability.

"This is a long-term plan, as rebuilding our health system will take sustained investment over a number of years."