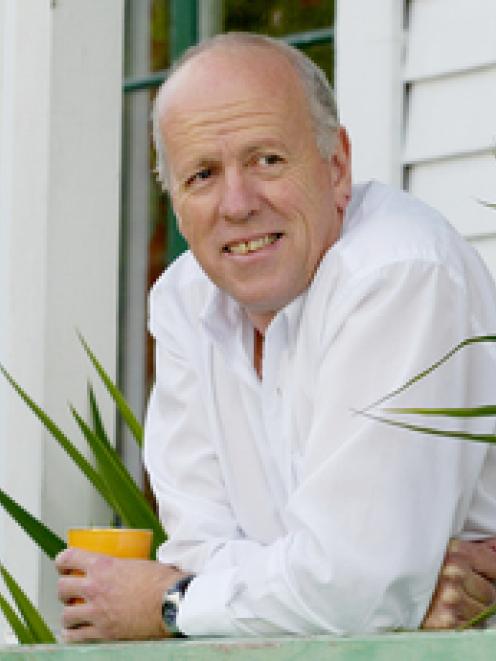 Ted Dawe
Detailed descriptions of sex acts, coarse language and scenes of drug-taking are at the heart of why a novel was voted the best children's book of the year, the award's head judge says.

However, its racy content has led one bookstore to refuse to stock it, and award organisers are sending "explicit content" stickers to all booksellers to warn potential buyers.

The book uses expletives including the c-word and depicts drug use and sex scenes, including one where a baby mimics the sounds of intercourse.

The chief judge of the awards, author Bernard Beckett, said Into the River was in the young adult category, for ages 14 to 18, and was aimed at those aged 15 and older.

The content that had offended some needed to be taken in context, he said.

It was a coming-of-age novel, following a Maori protagonist from childhood in rural New Zealand to an elite Auckland boarding school.

That shift left the character caught between two worlds, Beckett said, and the explicit content was presented as the danger of people being left adrift by society.

"There's a massive difference between, 'Hey, look at this exciting world of sex and drugs and rock and roll', and 'Look at the damage being done to this young man because our society can't find a place for him to stand'. And within that context, hard-hitting material is crucial; it is what makes the book authentic, real and important."

Hamilton bookstore Books For Kids has taken the novel off its shelves, after owner Helen Le Heron found the book "unnecessarily graphic".

But Dawe has defended his book, saying writing needs to be sharp to capture teenage boys' attention, and not "watered down and neutered".

Beckett agreed, and said novels were the best place for such content.

"Books of course are, in terms of attention, competing with movies, music videos, online games and all the rest of it, which is a world where that content is not only highly explicit, but often entirely non-contextualised.

"Novels, because they develop character and the world around it, are actually the place where that material can be best handled.

"So there's actually an argument that those books need that material in them."

Bob McCoskrie, of lobby group Family First, claimed the author and judges were out to "pollute the moral innocence of kids".

"I think every New Zealand parent would be saying, 'What were the judges thinking?' This is an adult book that even adults would find offensive."