Hager taking police back to court

Journalist Nicky Hager has filed more High Court proceedings against police, less than a month after his last successful court case against them wrapped up. 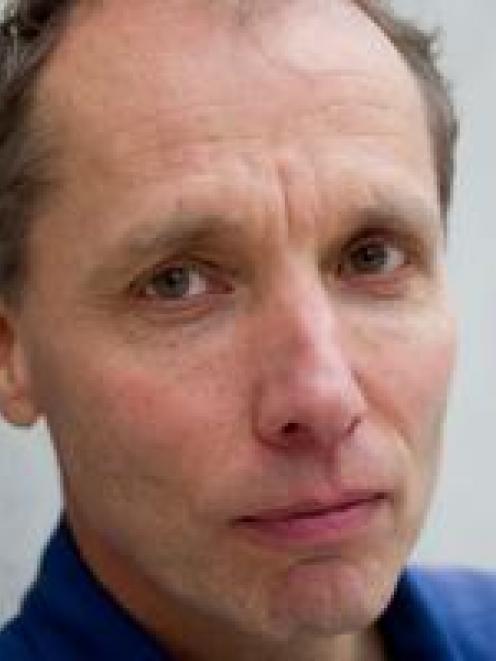 Nicky Hager
Mr Hager's legal team today announced that documents released to him by police under the Privacy Act on February 29 allegedly reveal that police also obtained his travel information from airlines.

The statement also claimed: "The purpose was to try to identify Mr Hager's confidential informants. All of this was done without Mr Hager's knowledge."

Last month, Mr Hager emerged from the High Court at Auckland clutching smashed clones of his hard drive and memory card that were seized during an "unlawful" search of his home.

The return of the equipment brought to a close the police attempt to track the hacker Rawshark through Hager.

It was Rawshark who provided damning content from the email and social media accounts of blogger Cameron Slater, which was then used in Mr Hager's book Dirty Politics.

In December last year, Justice Clifford ruled against the way police went about obtaining the search warrant used to search the journalist's home.

Now a Privacy Act request, which Hager made back in 2014, has resulted in further documents that Mr Hager intends to use to make his next case against police.

His lawyers' statement alleges that police had got Mr Hager's travel information by applying for and receiving a warrant using applications "essentially the same as the one used to obtain a warrant to raid Mr Hager's home".

That warrant was found by the court to have been "fundamentally unlawful", they said, and that was because the police failed to inform the judge issuing the warrant of the potential impact of the warrant on journalistic source protection.

"Mr Hager is asking the court to hear this new claim together with the second stage of the proceedings already before the court. Those proceedings are still to resolve issues relating to the police accessing his bank information and a determination of damages for the Police's unlawful raid on his house."

Last month it was also revealed that police had told Westpac it wasn't "doing something wrong" when it handed over Mr Hager's banking data with no legal compulsion during an investigation into a hacker.

The comment was included in police emails sent after the disclosure of the intrusion into Mr Hager's banking records and show detectives tried to maintain access to private financial information held by banks.

The relationship between banks and the police was fractured when the Weekend Herald revealed last year that officers hunting for Rawshark were handed Hager's transactions for a 10-month period.

Nicky Hager's barrister, Felix Geiringer, today said that what police have done with Mr Hager's travel information "has all of the same problems" that existed with the raid on his home.

"The police were seeking to bypass Mr Hager's rights to protect his sources by obtaining Mr Hager's private information from third parties. But they did not tell the people issuing the production orders that that was what they were doing."

He added: "What the police were trying to do here could do enormous damage to the ability of the New Zealand public to receive information.

"Journalists need to be able to travel to meet sources, they need to talk to some sources on the phone, to exchange emails with them. If the police can do what they were trying to do here then it will be very difficult for journalists in this country to promise to keep sources confidential. The public's source of information on such things as public corruption could dry up."

Today's statement also alleged that police only released these latest documents after receiving a preliminary view from the Privacy Commissioner on the complaint made by Mr Hager.

Police admitted that there are yet further documents that have not been disclosed, the statement claimed.

Mr Geiringer said: "In some ways what the police did in this case was worse than the raid on Mr Hager's home. They tried to obtain the information in secret so that Mr Hager couldn't claim privilege over it.

"But, the police did not tell that to the people issuing the travel data production orders. Then the police unlawfully hid the facts of these searches from Mr Hager for well over a year."