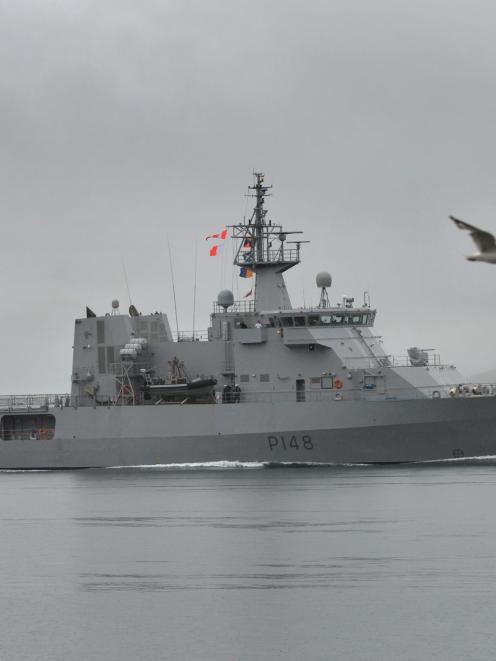 HMNZS <i>Otago</i>
The Navy's offshore patrol vessel has set off again for the Southern Ocean to monitor fishing in the region.

The Defence Force said the HMSNZ Otago would spend another season in the Antarctic waters, despite questions earlier this year about its ability to operate below the Furious Fifties.

A second patrol was canned last summer because of concerns that the $90 million vessel was not up to the task of sailing in waters 1500 nautical miles below New Zealand.

It would be accompanied by the Air Force Orion.

Foreign Affairs Minister Murray McCully said it was important that New Zealand played its part in the region as a member country of the Convention for the Conservation of Antarctic Marine Living Resources.

Lieutenant Commander Rob McCaw, the Otago's commanding officer, said his crew had been training for six months for the trip to the Southern Ocean, which he said was the "most inhospitable place on the face of the planet".

"Having deployed as Captain of the Otago to the Southern Ocean last summer season, I know what we have in store and I know how the team and I will be challenged - there is nothing I have done in my naval career to match it."

Ministry for Primary Industries officials were on board the Otago and would inspect the fishing fleet - which included three New Zealand boats - for compliance.

The Navy patrol remained in place until the agreed catch limits were reached, usually in January or early February.