Hopes up for some freedom

By Grant Miller
0 Comments
The signs look positive for an easing of Covid-19 restrictions in the South, but the shape of Alert Level 2 is likely to be tweaked.

The Government is to announce today what will happen to alert levels and, although the outbreak of the Delta variant appears to be under control, some uncertainty lingers.

A shift out of Level 3 could be accompanied by stricter requirements about wearing masks indoors and tougher measures at the Auckland border.

Auckland will remain in Level 4 lockdown until September 13, at least.

Health officials said there were 20 new cases of community transmission of the virus yesterday, after 20 on Saturday, well down on the peak of 83 a week ago.

A woman in her 90s died in North Shore Hospital from the disease, it was confirmed at the weekend.

Director-general of health Dr Ashley Bloomfield said yesterday he was working on advice for a ‘‘strengthened’’ Level 2. 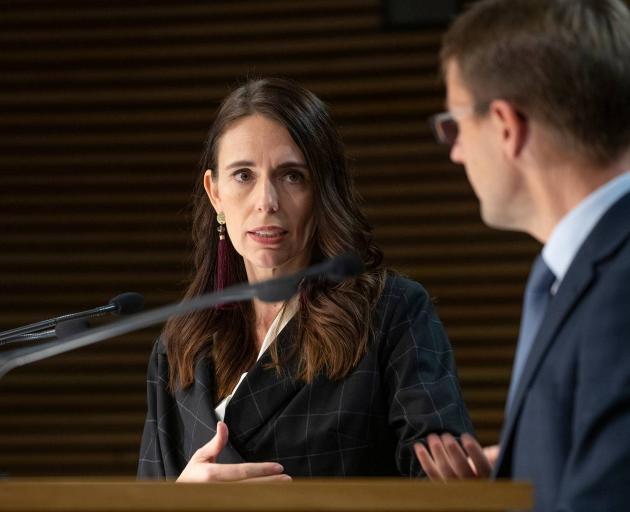 That was expected to help the Cabinet in the scenario of Auckland being in Level 4 and other parts of New Zealand in Level 2.

Though case numbers and vaccination rates were encouraging and wastewater testing was not producing surprises, low testing rates for the virus in Auckland were causing some uncertainty.

Dr Bloomfield and Deputy Prime Minister Grant Robertson said Auckland’s testing numbers needed to increase to provide reassurance there were not more than 20 cases in the community.

Mr Robertson said he had ‘‘heard from a lot of people’’ in the South Island ahead of the Cabinet’s decision today.

Restaurant and bar operators in the South can expect a return under Level 2 to requirements about customers being seated, their tables separated and groups being served by just one person.

Dunedin hospitality businessman Ian Lindsay hoped requirements would not be too complicated.

Queenstown bars owner Mike Burgess hoped Level 2 would not last too long, before a return to the relative normal of Level 1.

Southland Mayor Gary Tong said his district was ready to welcome Level 2, whatever that looked like this time.

University of Otago epidemiologist Prof Michael Baker said Level 2 parameters that operated previously were not designed to deal with Delta.

The variant was highly transmissible in indoor settings through the air and this needed to be kept in mind for managing workplaces and schools.

The purpose of Level 2 was that, if a case cropped up outside Auckland, the potential for a large outbreak was reduced, Prof Baker said.

A public health group from the university proposed consideration of a stricter Level 2 that would keep high-risk venues such as bars, night clubs, churches and gyms closed.

However, both Prof Baker and public health physician Prof Nick Wilson said a Level 2.5 or 2+ could be appropriate for the North Island and was probably not needed for the South Island.

Prof Baker said, if Delta could be eliminated, the freedoms enjoyed by New Zealanders previously — such as attending big events — could be restored relatively quickly.

Dr Bloomfield said there were now 801 cases in the outbreak, including 79 people who had recovered.

The sustained drop in new cases showed measures were working, but the contagiousness of the virus meant it was important to remain vigilant, he said.

Thirty-eight people were in hospital, including six in intensive care and four requiring ventilation.