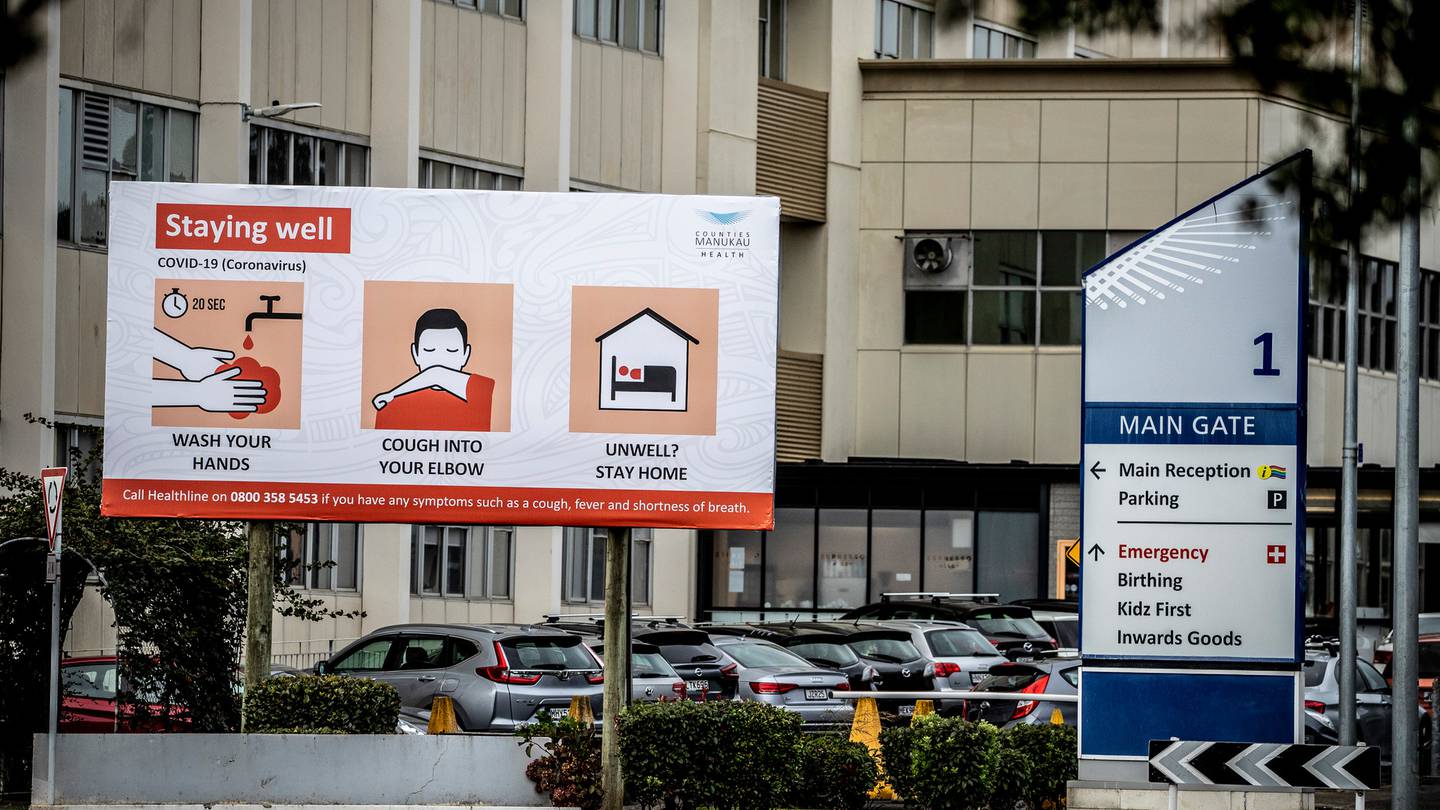 The person was admitted to MIddlemore Hospital on Saturday evening. Photo: NZ Herald
The son of a 91-year-old man who was in the same ward in Middlemore Hospital where a person tested positive for Covid-19 is distressed and seeking answers on "how things went so horribly wrong".

The man, who is living in the United States, learned yesterday that his father was in the same hospital room at the Edmund Hillary Block ward with three other men, when one - who was admitted early on Sunday - returned a positive test result later that day.

"Clearly this is really upsetting, they won't even let me back into the country to see my dad but then they put him in this ward with someone who is Covid-19 positive," said the son, who did not want to be named.

"It's tough also because I'm overseas, but my dad is all fired up and we do want answers to how things went so horribly wrong."

The man who tested positive was admitted around 7am on Sunday and he was already sneezing and coughing when he arrived, according to his dad.

His dad became worried when he overheard conversations that a doctor had with the man about having Covid symptoms.

That left his dad and the two other patients in the room horrified.

In the afternoon, two nurses in full PPE arrived and took the man away. Then at 5pm, a nurse came in and told everyone the room was to be locked down.

The patients in the ward are expected to be tested today.

"My dad is fully vaccinated, so we are keeping our fingers crossed that he'll be all right," Hills said.

"But he is of age, and not in the best of health so still there's a serious risk."

ACT leader David Seymour said he was working with the man and his family to "seek the answers they deserve".

"The 91-year-old left for hours in a room with a Covid-19 positive patient has today reached out to me, furious at the risks he was exposed to," Seymour said.

"He has told me he is aggrieved, but feels there's nothing that can be done.

Seymour said the patient was put into a general ward despite being symptomatic enough to test for Covid, and left there for hours waiting for a test result.

"It appears there was not adequate PPE use until after the case was discovered," he said.

"Most of us follow the rules to the letter of the law. People are unable to travel to comfort loved ones, not even allowed to attend funerals. To think there would be so much carelessness in a hospital, will frustrate people who have been carefully following the rules."

After symptoms emerged they tested positive. Other patients are also being tested as are staff who were on the ward - although all were wearing PPE, Robertson told TVNZ's Breakfast.

He didn't have detailed information but there would no doubt be more to say at the 1pm press conference this afternoon. He understood the situation was disturbing for the patients who were in the same room.

Pressed on why patients were left in the room for up to eight hours after exposure, Robertson said hospitals were very clear on infection prevention protocols and had been "brilliant" so far. But more questions would be asked.

Meanwhile, Cabinet is meeting today to look at an alert level change. Everywhere outside of Auckland is at level 3, which allows businesses to sell goods as long as there is contactless collection.

Some are pushing for the likes of the South Island to move to alert level 2 - which would allow restaurants and bars to operate under restrictions.