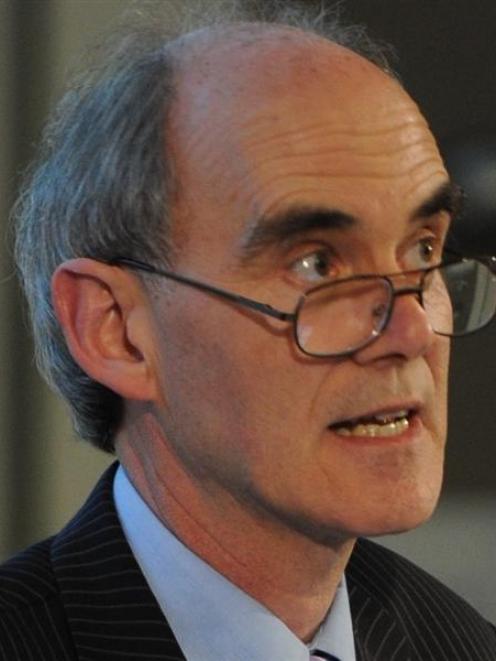 Jonathan Boston.
Individuals need to take action and use their citizenship rights to put pressure on the Government to act on climate change, Victoria University School of Government professor Jonathan Boston says.

''We are on track to do immense damage if we don't act. We are going to face huge economic, social and political disruption,'' Prof Boston said.

For two decades there had been struggles internationally to create ''multi-lateral effective'' action on the issue.

''We are going backwards. There are huge obstacles facing any new, effective climate treaty.''

As a result, the science suggested the world was way behind where it needed to be if it wanted to avoid the severe impacts of climate change.

If there needed to be a 30% decrease in the use of fossil fuels to stay within the target of less than 2degC global warming, a carbon decrease of 6% to 8% per year would be needed, he said.

Such a decrease would involve a ''massive effort on all fronts'', but society was not at that point.

New Zealand had also gone backwards in the past four or five years as the Government concentrated on other priorities, weakened the emissions trading scheme (ETS) and failed to specify a 2020 carbon target.

''The Government doesn't seem to care.''

So people could not rely on instruments such as the ETS or carbon taxes to fix the problem.

''There is not the political will to implement such schemes.''

However, now was the time to act and there was practical action people could take at all levels, including buying energy efficient cars, insulating their homes, encouraging environmental responsibility or using their rights as citizens to put pressure on the Government to act, he said.

''We are all in this together. No-one is immune. No-one can wash their hands of this.''

Dr Stephenson said it came down to ''you and I'': individuals, communities and businesses, pushing their rights of citizenship to force the Government to take action.

There were movements within the energy sector, such as the International Energy Agency, World Bank and major insurance companies issuing warnings about climate change, she said.

Prof Campbell-Hunt said New Zealand was in a unique position and had a responsibility to show leadership on climate change.

New Zealand had always been a major policy leader, the nuclear power issue being one example, so there was no excuse for not showing leadership in this area, he said.

Also, stronger economic analysis was needed on the possible impacts of the changes.

Mr Dawson said it was a mistake to think the impacts were 50 years from now, as the world was already experiencing effects of extreme weather events.

The climate change-related movie Thin Ice was also screened last night and was followed by a post-film discussion by University of Otago researchers working in climate-related areas.