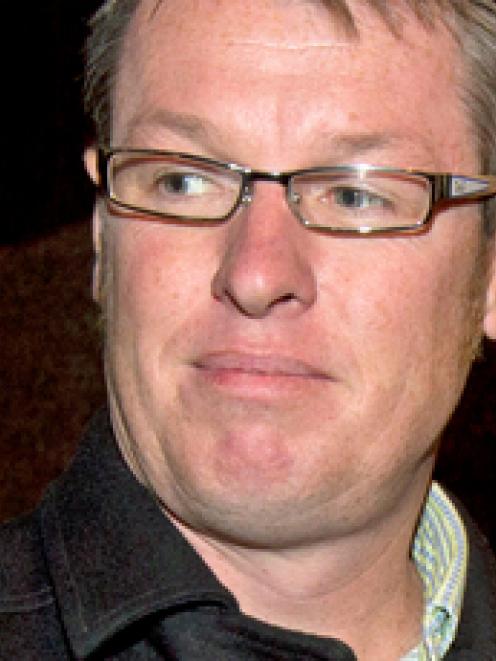 James McAllister. Photo by Brett Phibbs/NZ Herald
A juror sentenced to 10 days in prison after refusing to take the oath or affirmation has taken his case to the High Court.

Engineering consultant James McAllister was one of 12 jurors to hear a trial at the Auckland District Court on Wednesday but was stood down after refusing to serve.

Judge Nevin Dawson sent McAllister to the cells for the day on Thursday, before sentencing him to 10 days in prison at the end of the court day.

After McAllister's lawyer David Jones QC told Judge Dawson he would be appealing, McAllister was allowed out on bail.

Mr Jones confirmed afternoon that an appeal had been lodged at the High Court at Auckland and he expected to be notified of a court date next week.

The case has sparked widespread media attention and comment about the jury system.

University of Law professor Warren Brookbanks said the jury system is based on legal traditions that go back hundreds of years.

He said jury trials give everyone a role in the justice system and allow a degree of commonsense to be applied to the law.

"It has served the interests of justice very well. It is probably not perfect, but no system is."

Commenting on the case of McAllister, Prof Brookbanks said it was a "tough call" but jurors are an important part of the process.

"If people don't perform their duties then that can have an impact on the rights of others."

He said the contempt laws were rarely used, and the sentence handed down was comparable to a very minor offence like drunkenness or disorderly behaviour.

Such short prison sentences are rarely handed down unless the court decides to send a message, he said.

Courts Minister Chester Borrows said changes made three years ago have led to a 40 percent drop in no-shows, and have seen more flexibility given to those summonsed for jury service.

He said people are now able to defer their summons, and that has meant 110,000 fewer people per year - or 34 percent - are being called to court as potential jurors. But with the deferrals has come a tightening in accepting excuses.

"We are being pretty flexible, and of those that fail to appear - they're not being fined."

Only one person has been fined for not answering their jury summons, and that was back in 2007.

"We want to be as engaging as we can, we want them to be engaged."

He said those most affected were self-employed people because their income stops when they stop working.

"I think the courts have been understanding of that."

Law Commission head Judge Peter Boshier said he will be keeping a close eye on the outcome of the appeal, as his office is currently reviewing the contempt of court rules.

Judge Boshier said the purpose of the law of contempt is to protect the integrity of the justice system and a defendant's right to a fair trial.

"The right to trial by jury for serious offences is a cornerstone of the criminal justice system in New Zealand and something citizens have an interest in protecting. It requires citizens to be available to serve and to carry out their duties in accordance with the law."

Judge Boshier said the Commission would be looking at whether the body of contempt law, which is largely judge-made, is still justifiable in principle, coherent and accessible to the public, and enforceable.