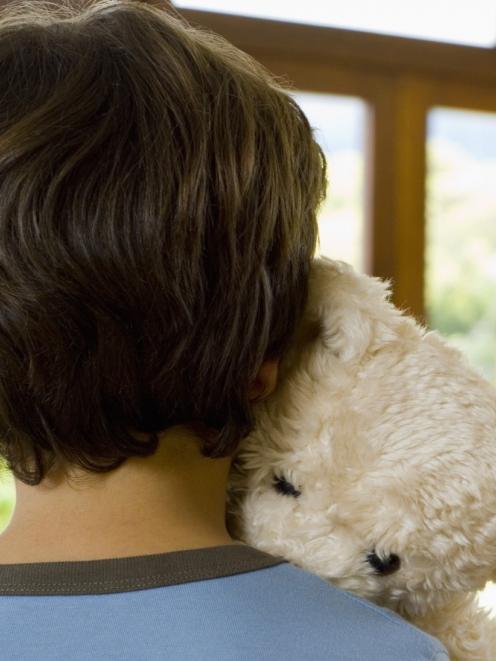 The panel heard from children "who went to their beds in fear each night".
A panel tasked with examining historical abuse in New Zealand's state institutions has heard a litany of physical, emotional and sexual abuse, describing it as "horrifying" and "deeply shocking".

However, the Confidential Listening and Assistance Service said the "most shocking thing was that much of this was preventable".

"If people had been doing their jobs properly and if proper systems had been in place, much of this abuse could have been avoided with better oversight," the panel said.

In its final report, released to Fairfax under the Official Information Act, chairwoman Judge Carolyn Henwood said the panel members were "profoundly affected" by what they heard.

"As the numbers grew and more voices were heard, a picture was painted for us of a careless, neglectful system which allowed cruelty, sexual abuse, bullying and violence to start and continue.

"Through their words and tears, we could see the invisible welts and bruises, as well as the deeper hurt and emotional damage."

More than 1100 people came forward to speak to the panel between 2008 and June this year, covering child welfare care, psychiatric care and health camps, and residential education.

"Our panel meetings revealed an alarming amount of abuse and neglect, with extreme levels of violence," Judge Henwood said.

"I was deeply shocked by their stories and by the overall level of violence and abuse that New Zealanders were willing to inflict on children.

"Serious physical and sexual abuse came from a wide range of people and from both genders. Foster caregivers and extended families, social workers and staff, teachers, the clergy, cooks, gardeners, night watchmen; even other children and patients all took part in abuse.

"We heard of people using their fists and their feet, as well as weapons and other implements on occasion, to attack children. Many very severe beatings for no apparent reason were reported to us."

As many boys as girls were sexually abused - about 57% of both genders, the report said.

The panel heard from children "who went to their beds in fear each night".

"There was often violence by the foster parents, beatings and housework and kitchen tasks, and verbal abuse. Lack of affection was almost standard.

"We heard from people who had been always hungry. We heard of children made to sleep in a shed. We heard many accounts of foster fathers who came into the child's bedroom at night to abuse that child, even when the bedroom was shared by other children."

Older girls "often had to live with regular sexual intercourse with their foster father".

Speaking up about the abuse often led to punishment and blame being placed on the child, the report said.

In boys' and girls' homes a "system of institutionalised bullying" appeared to be in place. Staff who were not violent or abusive turned a blind eye to what went on.

Boys' homes "allowed violence to be institutionalised", while girls' homes "made assumptions of promiscuity".

Both types of care homes would lock children up in isolation units for long periods of time, the report said.

Judge Henwood reported the panel being left "dumbfounded at the reasoning of the system" which moved children into state care.

It appeared to be "relatively easy" to make children state wards in the past, the report said, with some being taken away from their parents on "flimsy reasoning", or on request of a step-parent who did not want the child.

In some cases children were taken from family and falsely told their parents were dead. Some children were moved into homes with an environment the same, or much worse, than those they were removed from.

"Some of these foster families were, on the face of it, of high standing in the community, but behind closed doors there was neglect and cruelty."

Most people who spoke to the panel did not know the name of their social worker. Many rarely saw their social worker, and if they did it was in the presence of their foster carer. The few children who did report abuse were often ignored or told it was their own fault, the report said.

"The lack of effective oversight was the biggest failure of the state.

"The gap between policy and practice has to be confronted," the report said, adding that while policies against locking children up were in place, "the practice continued unabated".

There were race aspects to the problem as well, the panel found, with an over-representation of Maori in state care. Maori boys were "likely to be treated more harshly and put into care, especially institutions, more readily, and for more trivial reasons such as truancy", the report noted.

It was in such institutions that many Maori boys joined gangs to find "a sense of family".

"We were told that many gangs actually began in state institutions."

The report concluded: "It has become clear to us that the neglect and abuse of children and the previously frequent practice of locking children up in institutions has contributed to a dark legacy of suffering and crime in this country."

Boys' homes "set up young people to align with a gang", the report said, which would lead to life-long allegiance, and "kept the individual in a criminal lifestyle".

"It was often reported to us by prisoners that they saw crime as retaliation for the way they had been treated in care."

While the recommendations section of the report was redacted, the panel urged a "whole of Government response" to deal with the legacy of abuse.

It called for more direct support and social investment, saying that helping families to stay together "could save many significant costs later". Foster families also needed better support.

An agreed strategy was needed to ensure the cultural needs of Maori children were met while they were in care, it said.

It was "crucial" the voices of children in care were listened to, the panel said.

An attitude of respect for children and their rights "needs to be fostered by Government through policy and public campaigns".

"Even now, New Zealand has no official 'duty of care' towards children written into its law."

The report also called for the settlement of historic claims "to occur as soon as possible".