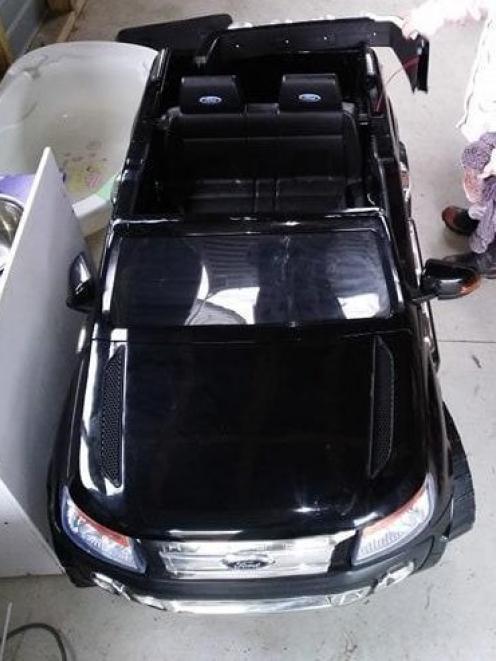 Shirley resident Alysha Kinnaird became frustrated after reporting the burglary to police and being told it may take a few days for action to be taken.

Miss Kinnaird’s garage was broken into and her two-year-old daughter’s toy electric car worth $450, a $300 fitness machine and a $500 trampoline still in its box were stolen on July 27.

“I rang the police. They just took some notes down and said if I find out any more information to let them know. So I posted on the buy/sell pages for people to look out for anyone selling the items. Then about an hour later, I got flooded with all these messages of screen-shots of this person selling the ride-on. It looked pretty dodgy because they were selling it for $70, I brought it for $450. He was saying they sell for $200.”

The seller lived just around the corner. Miss Kinnaird pretended to be an interested buyer and then asked her ex-partner to go around and buy the ride-on car.

“I rung the cops back and explained it was mine and that I can prove it was mine. They said no one was available, it could take a few days and that to call them back if I had any more information. So I said, well, they are literally just around the road and all my other stuff will be sold by then.”

A 21-year-old man has since been charged with burglary and is due to appear in the district court on August 26.