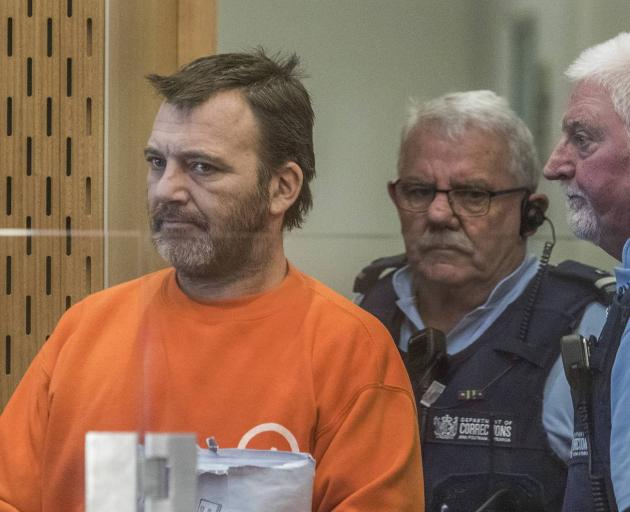 Philip Arps was sentenced on charges relating to the posting of the live streaming of the mosque massacre. Photo: POOL/NZME
A white supremacist who spread footage of the Al Noor Mosque attack is appealing his 21-month jail sentence.

At Christchurch District Court this morning, 44-year-old Arps was told by Judge Stephen O'Driscoll that it was clear he has "strong and unrepentant views towards the Muslim community".

By spreading the video, and also having another version modified to have crosshairs and a "kill count" added, Arps "glorified" the shootings, the judge said.

And by distributing the video the day after attack showed "particular cruelty on your part" and callousness.

It was, in effect, a hate crime against the Muslim community, the judge said.

Arp's lawyer Anselm Williams this afternoon confirmed he has filed an appeal against the sentence at the High Court in Christchurch.

Judge O'Driscoll this morning said it was clear that Arps holds "strong and unrepentant views towards the Muslim community".

"Religion on a whole, Sir," Arps said from the dock.

A pre-sentence report showed he has no empathy or remorse other than for himself and his own family, the judge said.

Judge O'Driscoll said there were other matters in the pre-sentence report which gave him real concern and he didn't want to mention them all publicly as it might be seen by Arps as "a badge of honour" to him and others with similar beliefs.

Fifty-one people died in the terror attack on two Christchurch mosques on March 15. The first attack at the Al Noor mosque was livestreamed on Facebook.

Arps pleaded guilty to one charge of sharing raw footage from the accused shooter's livestream to approximately 30 people on Facebook.

He also pleaded guilty to requesting another person add crosshairs and a "kill count" to the video.

The court heard he intended to distribute this modified footage as a meme.

A police statement said Arps had called the modified footage "awesome" and showed no empathy for the people killed.

In 2016, Arps was one of a group of men who filmed themselves doing Hitler salutes as they delivered boxes of pigs heads and offal to the Al Noor mosque.

"White power. … Bring on the cull," Arps was seen saying in the video.

In that case, he was convicted of offensive behaviour and fined $800.