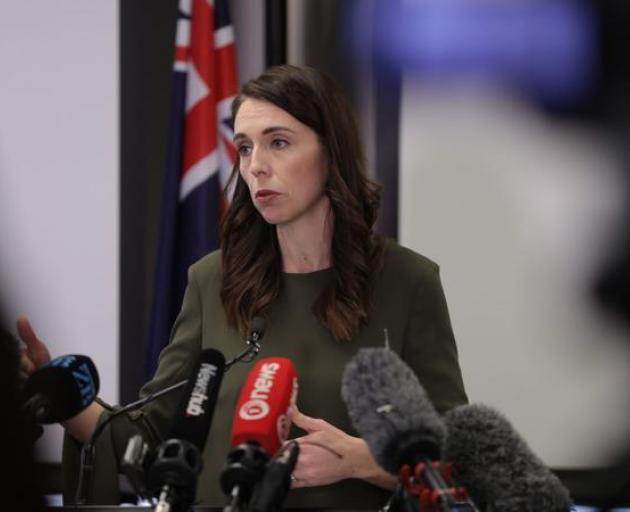 Jacinda Ardern. Photo: File
Prime Minister Jacinda Ardern has told this afternoon's media conference that the minimum wage will increase to $20 an hour on April 1.

She said 175,000 New Zealanders would receive the increase.

Ardern touted the Government's record on lifting the minimum wage over its term in power.

She said benefits would increase this Thursday as well.

Some 82,000 people would be better off, after changes to abatement thresholds, which also come into force this week.

"There is still much more to do," she said.

But, heading into the recess week in Parliament, Ardern said the changes represented "real and long overdue changes".

Ardern said the level that the previous benefit rates were set at was "far to low for people to survive".

Social Development Minister Carmel Sepuloni said there "is more to do" but also trumpeted the Government's record while in office.

Sepuloni said bringing the minimum wage up to $20 an hour was a 2017 election promise - a promise now fulfilled.

Asked if more minimum wage increases were on the cards next year, she said that Cabinet had not considered that yet. "We haven't gone beyond that at this stage," she said.

Sepuloni said there had been a decline in people in the benefit since the beginning of the year - this was "heartening".

The majority of these people were going into work, she said.

Ardern said the Government had been moving on income adequacy measures.

She cited the family tax credit and the abatement thresholds.

She said the last thing that she wanted to see was a reversal by a subsequent government of the changes that Labour puts in place.

Benefit increases, she said, "are forever" - once they are raised, they essentially cannot be undone.

Ardern said the "starting point was tough" when Labour came into Government in terms of benefit levels and the minimum wage.

Asked again on minimum wage, Ardern all but confirmed that there would be an increase next year. But she said she couldn't say how much it would be.

Pressure has been mounting on the Government, following its housing announcement last week, when it comes to the issue of rents.

Infometrics senior economist Brad Olsen told TVNZ last week that he expected rents to go up - ASB's chief economist Nick Tuffley told Newshub "you are more likely than not to see rents going up faster than what they already have been".

Questioned on capping rent increases, Ardern said the Government had "no further plans" around the issue of rent.

She said there had been a lot of speculation about this - but that is all "speculative".

In terms of rent, Ardern said price increases had not mirrored house prices rises - it had been closer to wage increases.

But she would not provide a single number when it came to what level of growth she would be happy with.

This morning, an email accidentally sent to Stuff by the Government's media team revealed a concern that there was a perception that the housing policy will raise rents.

Ardern's chief press secretary, Andrew Campbell, asked his staff to put together a list of quotes from economists that could be used to "[argue] against the assumption rents will go up".

In addition to this, both Act and National are both worried after Finance Minister Grant Robertson refused to rule out rent control measures.

"We'll keep an eye on that," he told the Nation.

"Social Development Minister Carmel Sepuloni said there "is more to do" yes like action your much vaunted WEAG groups recommendations, until you do you are only tinkering.

Another puerile attempt by Nivaman to embarrass the Govt. I doubt if he agrees with any of the WEAG recommendations in any event, too socialistic for him. The WEAG was established by the newly elected Labour led coalition govt in response to the absolute decimation of our welfare system that started with Ruthless Richardson. She started the demonizing of beneficiaries, work that was ably continued by Paula Benefit, after a few years of ineffectual tinkering by the Clarke govt.
The WEAG was a bunch of trendy lefty, welfare expert do gooders, no doubt chardonnay drinkers to a man/woman. They were the leading brains in the field. It was apparent from the beginning their recommendations were going to be pie in the sky, unworkable fantasies. The last people you need running a review of the welfare system are welfare experts. In the same way the last people you want for a review of the health system are Doctors, or the Education system, educationalists.
The Govt is doing what they should, Governing, cherry picking through the WEAG recommendations, extracting what is workable, and making the changes over a 4 year period, as promised. It is not tinkering, it's excellent management.