A bakery in Mt Maunganui has been linked to a person with Covid-19.

The Uppercrust Bakery Mt Maunganui, at 504 Maunganui Rd, has been identified as a location of interest this morning.

The second visit was on three days ago on Tuesday.

A petrol station in Tauranga is also now a location of interest. 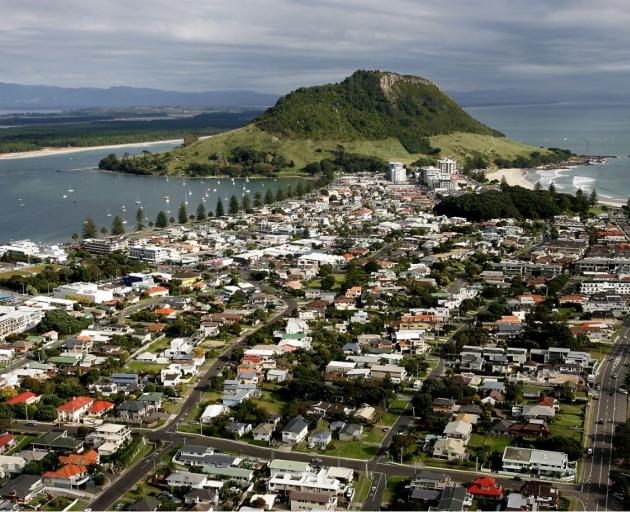 The Uppercrust Bakery Mt Maunganui, at 504 Maunganui Rd, has been identified as a location of interest this morning. Photo: NZ Herald
The BP Taurio, at 1 Taurikura Drive, was visited by someone with Covid on Saturday, September 11, between 7.45am and 9.15am.

Auckland eyes move out of level 4

Auckland reported 13 new cases on Thursday, with one yet to be linked to the outbreak, including another patient at Middlemore Hospital.

There were also five cases from the previous day that had created exposure events.

"Lifting the restrictions is like lifting a wet blanket, and those embers underneath, the unlinked case, could begin to ignite and expand rapidly," epidemiologist Dr Michael Baker said.

While 13 cases is much lower than the outbreak peak of 83, that peak was nearly three weeks ago. In the past two weeks case numbers have fluctuated between 11 and 33, with a very slight downward trend.

Prime Minister Jacinda Ardern has signalled Auckland would likely move down to level 3 restrictions next Wednesday, though Cabinet would be making its final decision on Monday.

Cabinet Minister David Parker says Auckland was looking good to move out of Level 4 next week though it's not definite.

Speaking to the AM Show, he said Cabinet had not set a target on what proportion of New Zealanders would need to be vaccinated so the country could stop using lockdowns.

"The higher the percentage the better and we don't want to put a target," that would let people ease off once it was reached.

National's Simon Bridges didn't have a percentage either but said one should be set "so we can have a freer economy and society". 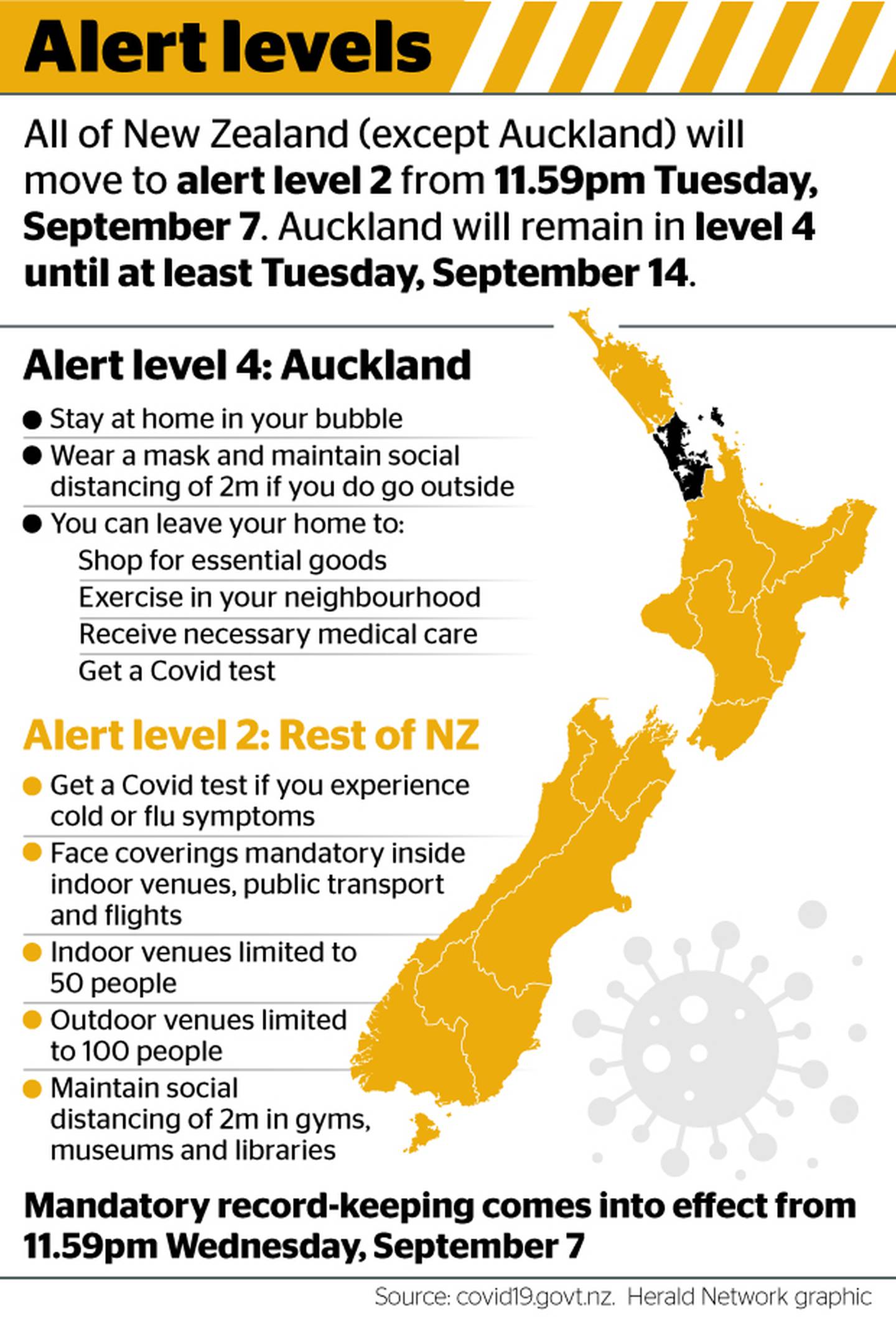 Asked how many deaths would be acceptable, he said "obviously we don't want to see any of that".

Bridges said the recent poll was not good for National but it was just "one poll" and there were things the country should be talking about such as job losses.

Bridges said he wanted to be "categorical" that he was not having conversations with people about a leadership change.

Parker had no advice on when National should change leader.

"All parties suffer declines," he said. "It does take a long time to come back from something like this but hope springs eternal."

Baker said the "long tail" didn't show level 4 was not working, just that under Delta the small weaknesses were more greatly exposed, such as with essential workers, people leaving their homes to get supplies and at hospitals - all sites of recent cases.

Working in the city's favour though was the "incredible work" being done in areas like community testing and boosting vaccination levels.

"I think we really are at the brink of stamping this outbreak out and it is possible under current settings. And those vaccination rates will soon be at levels they will be having an effect.

"The question is if we move too fast and don't stamp it out completely there could be a huge downside, meaning we might be in level 2 and level 3 all summer, like what they are experiencing in New South Wales.

"If we lose control of Auckland it will affect the entire country."

Covid modeller Professor Shaun Hendy said this "long tail" was not unexpected and had occurred in previous outbreaks.

"What is concerning is that it's Delta, and the tail still contains relatively high numbers."

While the case numbers had plateaued, there was a steady decline in unlinked cases and exposure events.

"The cases of concern have dropped quite a bit, so there is some cause for optimism."

Still, Hendy said a move down alert levels for Auckland from Wednesday was looking like a risky decision.

"If we really wanted to play it safe we would stick at alert level 4 a couple more weeks, however it has been a long period and people need to see some progress so they might be prepared to take a risk at this stage.

"Moving to level 3 definitely comes with the risk of needing to go back to level 4, but it is unlikely we would see an explosion of cases."

How the heck did the virus get past the level 4 border to Mt Maunganui and Tauranga? I think this is a major worry as it means that it is NOT under 'control', especially in a level 2 area, demonstrating that there is a grave risk of it popping up anywhere.
But it is not unexpected given the rising number of people being reported flouting the lockdown rules and people in self-appointed positions of authority encouraging it.