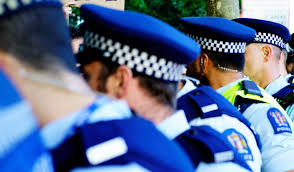 The sum represents 18 per cent of the police budget while the largest chunk of more than $684 million - 31 per cent - has been set aside for investigations and cases resolution.

Second most for the police budget, more than $546m - 24.7 per cent - will be spent on primary response management.

Prime Minister Jacinda Ardern earlier said there would not be any cuts to essential services, including members of the police.

"We believe when times are hard, you don't cut – you invest," she said.

"The notion that at this time of need we would make cuts to the essential services so many New Zealanders need more than ever is not only immoral, it is economically wrong."

Highlights for justice sector include:

• Justice property health and safety remediation has received a $36.9m operating total. The initiative will invest in upgrading court buildings around the country to meet health and safety requirements and improve the experience of attending court, including for victims.

• Replacing ageing communications capabilities for the police, New Zealand Fire and Emergency and ambulances has received a $47.8m injection.

• Maintaining a safe prison network has been set a $110.4m operating total.

Money in the Budget for Customs included:

• $39m for services to other Government agencies and to support ministers in work relating to Customs;

• And $27m for investment in the department.

In the past, millions had been used by Customs for disrupting drug smuggling, combating the sexual exploitation of children across our cyber border, SmartGate technology and modernising the Customs workforce.

The Commerce Commission, Financial Markets Authority and Serious Fraud Office were among agencies to get a funding boost in today's Budget, addressing not only existing cost pressures but also expanded missions.

The commission will get $30.4m over four years, which Commerce Minister Kris Faafoi described as sharpening its teeth to focus on potential impacts on competition due to the covid-19 pandemic, although the antitrust regulator has already taken on board a much bigger workload with the introduction of annual market studies.

"We're going to make sure this recovery is one that all New Zealanders share in, and have a chance to be a part of – whether they're an entrepreneur with a new idea to take on a multi-national or a consumer trying to get the best price," he said.

How about spending $millions more for getting tough on gangs? Like they promised leading up to every election, and every budget in the 70's and 80's and 90's and 2000's?