Half of the Papatoetoe High School students have been re-tested - all negative so far.

Director-general of health Ashley Bloomfield said today it's "business as usual" with no community cases and there was no evidence that would lead him to advise Cabinet to raise alert levels.

But there are two in managed isolation.

There are 11 community cases in New Zealand now - all at the Jet Park MIQ and all share "very close" genome sequencing.

There were more than 600 people tested at Papatoetoe High School yesterday and there were 300 tested so far today. 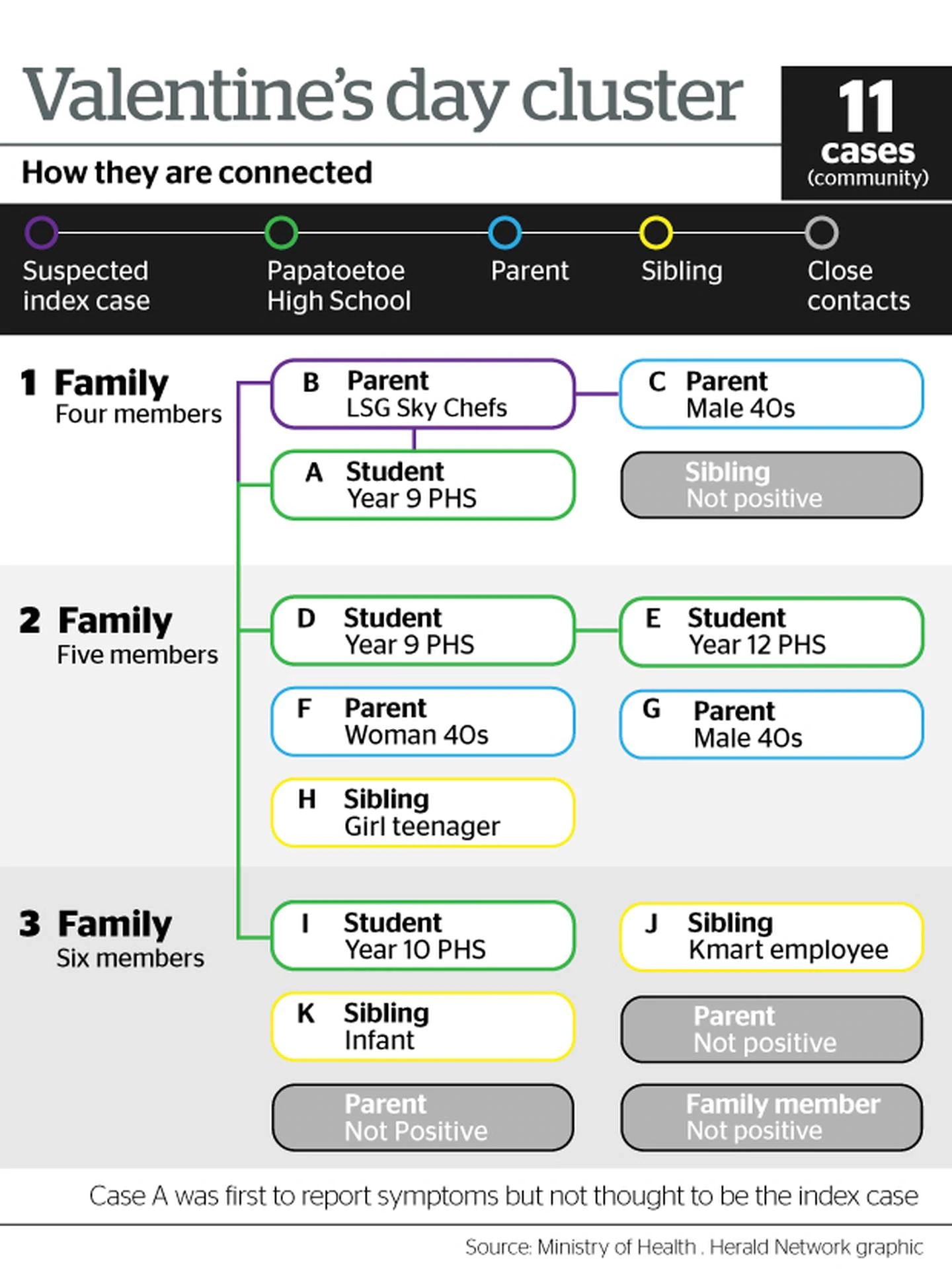 He directed people with questions to the Ministry of Health website, where the locations of interest are listed.

He said officials were "actively monitoring" the variants of the Covid strain and the unusual symptoms like muscle aches and tiredness rather than respiratory symptoms.

All waste water testing has come back negative so far, apart from the pipes at the Jet Park, as expected.

One of the cases revealed last night was a recent school-leaver who works at Kmart Botany, which is now a location of interest.

Anyone who was at that location last Friday (February 19) and Saturday (February 20), between 3.30pm and 10.30pm, is considered a "casual plus" contact and must stay home and get tested.

Thirty-one staff are considered close contacts and have been told to isolate and get tested.

More than 1000 border workers have received the first dose of the Pfizer/BioNTech vaccine.

"This shipment contained about 76,000 doses, and follows our first shipment of 60,000 doses that arrived last week. We expect further shipments of vaccine over the coming weeks," Hipkins said.

"As with the first shipment, quality assurance and checks by Medsafe are underway.

Forty border workers from Christchurch Airport were vaccinated this morning, the first to do so in the South Island.

"This passes a milestone of the first 1000 border workers and vaccinators in New Zealand to receive their first dose. That's a great start and we appreciate the effort of the vaccinators and border workers," Hipkins said.

"It's good to see the gradual scale up," Hipkins said on the vaccine campaign so far.

Hipkins said there have been "no issues" in getting the vaccines to New Zealand.

Hipkins said it has been an advantage for New Zealand having vaccines arriving in smaller batches, as it helps free up storage space.