'Nothing less than a hero': Skipper risked life to save others 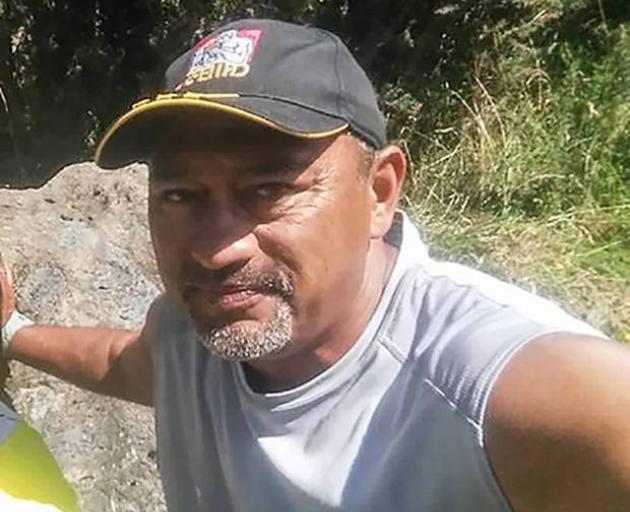 A local boat skipper has been hailed a true hero for his efforts in helping tourists escape the fatal explosion on White Island.

Paul Kingi was a skipper on the White Island Tours boat, working alongside his friend Hayden Marshall-Inman, who died in the explosion.

Details emerged of how Kingi put his own life in danger to save others.

In a post on the Pursuit Fishing Charters page owner Rick Pollock detailed the dramatic incident.

"As with most disasters there will be people who step up, heroes and heroines if you will," he wrote in a public post.

"Sometimes these people will be the ones you expect, strong individuals in character and strength.

"Other times it's ones you least expect who take control of an arduous situation to the benefit of all involved.

"Yesterday was no exception with one man standing out, one Paul Kingi."

He said Kingi was experienced on the water and his "enthusiasm and love of fishing was only superseded by his skill level".

Kingi worked for Pollock for five years and the pair formed a strong friendship.

"Paul was my deckhand for five years in the late 1990s and since then I've maintained a very good relationship with him. He's just an outstanding man and he's amazingly resourceful. And he's the guy if you were ever in a bother, he's the one you'd want on your shoulder.

"Without a doubt, he's just so calm. He just seems to always know what to do and how to do it.

"I was shipwrecked with him on an uninhabited island [Monuae] in the Cook Islands for five days so I can tell you from experience that he's most definitely the guy that could do the job and did do the job properly," Pollock added.

"After Paul sought different pastures he went on to a number of different roles, performing all to the highest standards," he said.

"His love of the sea saw him run his own successful charter operation before finally becoming an employee of White Island Tours.

"Initially it was merely as an island guide but his far reaching talents became quickly recognised as he advanced to leading skipper and eventually manager of the entire operation.

"His strong work ethic and foresight shone brightly as the business only grew from strength to strength under his guidance.

"Yesterday this all came to fruition yet again but under the most dire of circumstances."

Pollock said Kingi left the island "only minutes before the eruption".

When it happened he was "the first back on, rescuing and assisting numerous injured back onto the waiting boats".

"He went back again and again, ignoring the toxic environment and personal risk, until he was satisfied there were no more obvious survivors remaining," Pollock explained.

"This superhuman effort doesn't surprise me in the least as I've seen this fine man in action on numerous occasions, always controlling a bad situation.

"I'd like to recognise Paul for what he is on this occasion, nothing less than a hero."

Pollock said his sympathy and heartfelt wishes went out to all those affected by the tragedy.

"Initially as the reports were coming through I never thought it would turn out to be such a dire situation," he wrote.

"Now we are forced to accept the severity of this event with many deaths and injuries.

"No doubt the fallout will continue to unfold as more information becomes known."

Pollock, who has been in the industry for more than 40 years said the incident had left him "personally devastated".

But it hurt even more because Marshall-Inman had died.

"I've known this young man since he was three years old, tagging along with his older brother Mark when playing with my son Kydd in our Ohope Beach home," he said.

"This friendship just grew in time with the three boys becoming brothers in everything but heritage.

"As Hayden grew into manhood his kind disposition led him to a life of serving people.

"Going to the United States each year, he worked with young people at summer camps, becoming popular and sought out to return year after year.

"Eventually this revolved into entering the Ecotourism employment offered right on his doorstep with White Island Tours.

"Working his way up the ranks Hayden eventually attained his coveted skippers license and began running the boats under the supervision of his mentor and friend, Paul Kingi."

He said Marshall-Inman "put his all into the task at hand with his superlative people skills and broad smile coming to the fore".

"I thoroughly enjoyed this reconnection and revelled in his basic enthusiasm for life," he said.

"Now, sadly, this effervescent man's life has come to an end being the first deceased to be identified.

"The word devastation comes to mind here - in totality.

"While I'm finding it most difficult to come to terms with all this horrible revelation I can't imagine what his family is going through.

"My heart and thoughts go out to them in this most difficult of times."