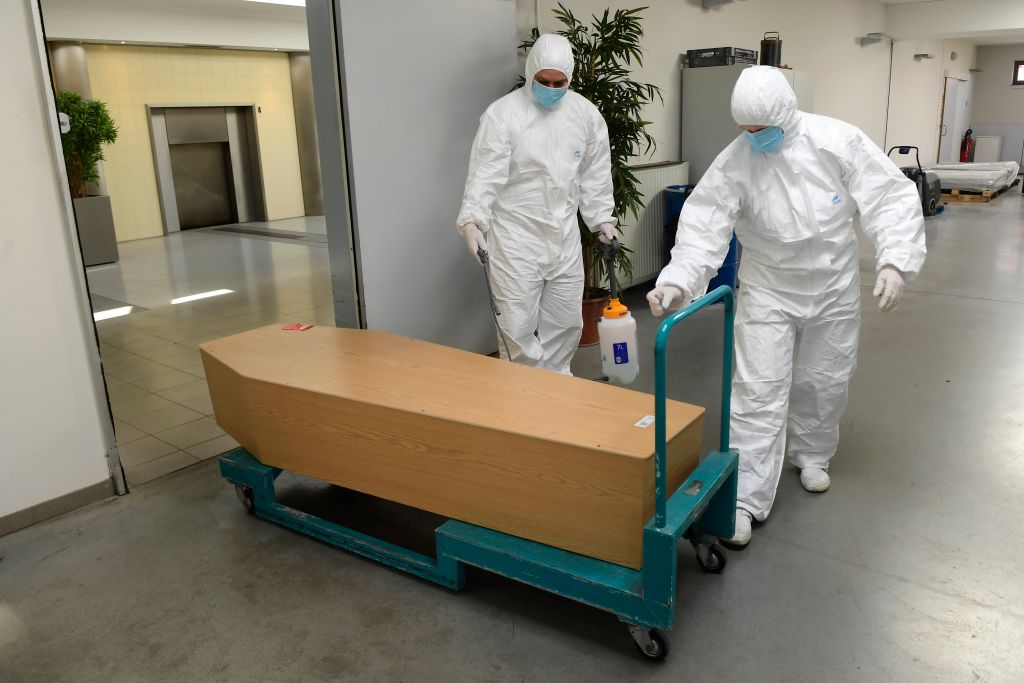 Crematorium workers in Antwerp, Belgium. The country has had the highest death rate of OECD countries. Photo: Getty
New Zealand has the lowest Covid-19 death rate of any OECD country, but researchers say we're tempting fate by not introducing masks and better contact tracing to stop the virus re-establishing here.

The country's death toll from the virus of 22 would have reached 990 people by now if we had the average death per-capita rate of the Organisation for Economic Cooperation and Development's 37 member nations, University of Otago public health researchers say.

The data comes from a new comparative analysis of death rates among the 37 members of the OECD, which are generally wealthy countries.

New Zealand is the only OECD member state that has had no community transmission for more than 28 days, and the low Covid-19 death rate here (4 deaths per 1 million population) puts New Zealand in a uniquely favourable position the report says.

But they warn there are still gaps in the government's response, and it should put more systems in place to quickly stamp out transmission of any cases that do arise.

One of the authors, Otago University public health professor Nick Wilson, said the government's quick and decisive actions to shut the borders and put the country in lockdown to stop transmission saved us many deaths - but he was staggered they had not yet taken all measures available to stop the virus re-establishing here.

He said New Zealand was the only country left that had not included a requirement to wear masks in public in its pandemic control plans. 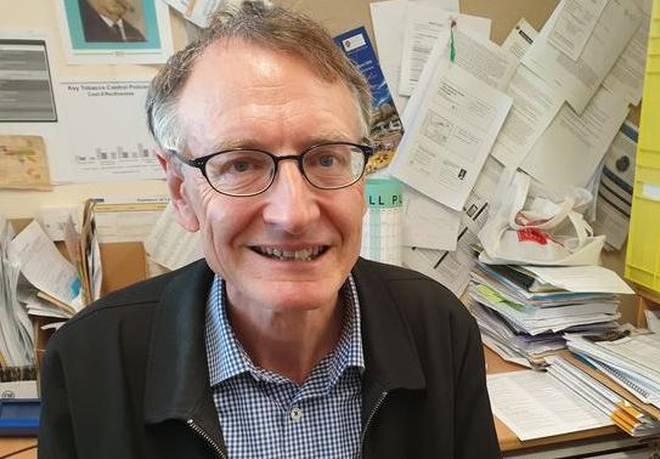 Otago University public health professor Nick Wilson. Photo RNZ
"If we had masks built into alert level two so people had to wear masks on buses and trains and potentially when going to the supermarket and so on, that could help us avoid a lockdown in the future, so some smart thinking is really urgently required for the alert level system to be upgraded, given the evidence that masks are very effective.

"I think it's just complacency - we have succeeded with community transmission being eliminated, and they just think that that's good enough, but it's not.

"We know that border failures can occasionally occur, that quarantine failures can occur. So we need to build in all the systems to hep us deal with an outbreak situation."

"We've got a very inadequate smartphone app system that definitely needs to be improved. New Zealand should not be complacent ... we need better contact tracing, and we still need to keep improving border control. So the government should be using this time to upgrade all these systems to state-of-the-art."

From the other OECD countries Iceland was likely not far from also achieving elimination, and most of Australia's states have eliminated community transmission.

Wilson said countries that have done well are the ones that took decisive action, and there was no meaningful luck involved in their success.

"We're a leader in this particular area ... ultimately it was because the border controls were put in at a relatively early time, and by having a very strict lockdown compared to virtually every other high income country, that really was a key success factor in wiping out community transmission.

"New Zealand was fortunate by having fewer travellers arriving in February and March from Asia, compared to other places. We are an island nation and we've got relatively low population density, and we don't have really crowded mass transits, so there are those background factors. But ultimately the government made some hard and fast decisions which were key."

So far the government has had a high level of support from the public, scientific and business communities and avoided the kind of politicisation seen in some countries, the report authors said.

They've called for an official inquiry reviewing the country's response, "given the challenges of maintaining elimination, and the complex trade-offs that may be needed".

This should include greater transparency "so that the team of 5 million continues to understand the direction of travel and can critique it".

"We're seeing that around the world, government's that didn't have a clear strategic plan and were led by popularist leaders who weren't really interested in the health of their population - those countries have done badly.

"Unfortunately because these countries have not eliminated, they're facing further deaths, until really they get a vaccine available."