Pike River: Solid 'did everything they could' - PM 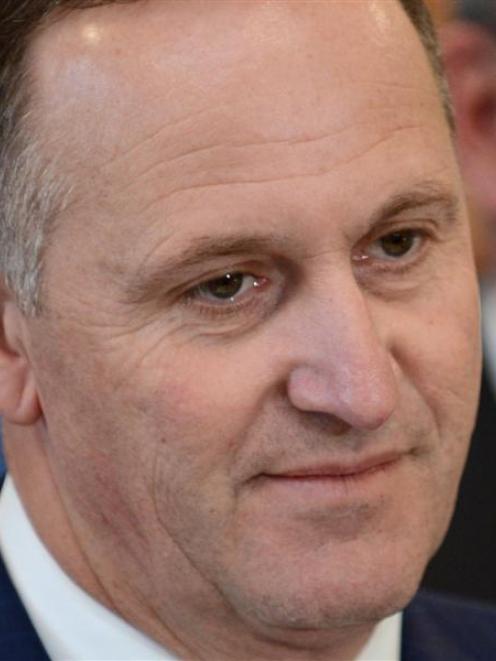 John Key
Prime Minister John Key says Solid Energy "did everything they possibly could" to recover the bodies of 29 miners at Pike River.

He said Government had accepted the company's decision to abandon recovery efforts, which was revealed to the victims' families last night.

Government ministers also confirmed that the mine would be converted into conservation land and preserved as a memorial.

At a press conference in Greymouth this morning, Mr Key said Solid Energy went through "an exceptionally rigorous process" before deciding against re-entering the mine.

"In the course of their work they did everything they possibly could to see whether it was possible to go up the drift."

Families made a number of requests to Government following the decision not to re-enter the mine.

Mr Key said Government had agreed to most of these requests.

Acting Conservation Minister Nick Smith would begin work on transferring the land into the conservation estate.

A memorial site would be created at the mine and access would be guaranteed for friends and relatives of those affected.

The families asked for a legal opinion about whether further criminal prosecutions could take place.

Mr Key said officials would revisit this, but it would be "immensely challenging" because an extensive amount of work had already been done on criminal prosecutions.

But he confirmed it could be possible that civil proceedings could be taken against a variety of parties. Government would ask Crown Law to investigate this possibility.

If Crown Law found civil proceedings could be brought against culpable parties, Government would fund the proceedings.

Mr Key ruled out a request by the families to introduce corporate manslaughter charges in New Zealand, though he said more advice had been sought on this issue.

He praised the families for their advocacy.

"This has been a tragedy that has been incredibly draining and they've had to live with it every single day."

He said if there were any positives to take away from the disaster, it was the changes to workplace safety laws which were implemented in response to it.

The Pike River families said they did not accept the decision, based on their own British experts advice that the re-entry of the drift was technically feasible and could be achieved within the required international safety standards.

However, the families were aware that the final decision on whether to re-enter the drift rested with the Solid Energy Board, they said in a statement.

In light of that decision, they had now turned their minds to the future and what was now required given that Pike River was their loved ones' final resting place.

They considered the following requirements were imperative :

1 That no future mining take place in the Pike River area and the Mining Permit is accordingly surrendered to the Crown as a mark of respect to the men and the sanctity of the area.

2 That the area be accorded suitable reservation status to protect the integrity and sanctity of the area.

3 That families be guaranteed unfettered access to the area in perpetuity.

4 That consideration be given to the office administration and related building infrastructure close to the Pike River Mine being utilised for an educational facility for Health & Safety or related educational purposes, given the sites international importance now in terms of Mining Engineering and Health & Safety teaching and to be transferred to a suitable entity to run and operate the facility.

5 That suitable government funding be made available in order to achieve the above.

6 An independent legal expert, funded by the Government to undertake a review of the police investigation into the Pike River mine disaster to assess whether there is sufficient evidence to proceed with a criminal prosecution.

7 That the Government reconsider the introduction of a corporate manslaughter provision within the criminal legislation.