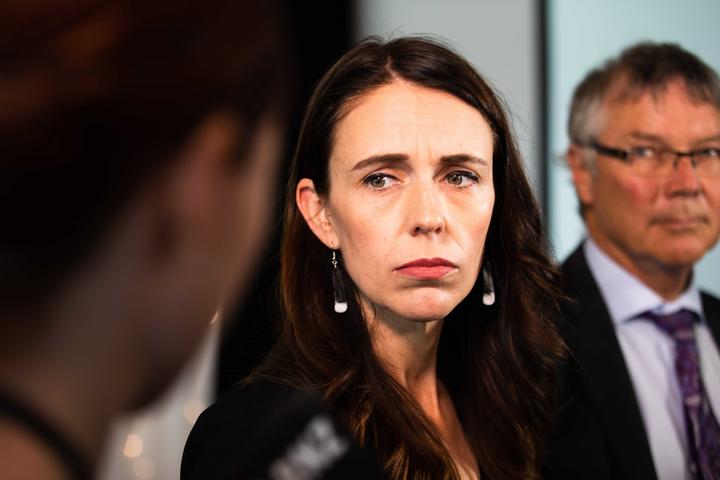 Despite the fact that person - a family member of one of the Covid-19 positive Papatoetoe High School students - was told to stay home and isolate, they went to work at KFC Botany on Monday.

Asked if the person should have been at home at the time, Ardern said: "Yes, they should have".

"They were always told that they weren't meant to be operating in a level 2 environment," she said of the new case. They were still required to stay at home and be tested."

When she learned that person, who the Ministry of Health is calling case L, had been at work, Ardern said she was, "like everyone, frustrated".

"We want people to do the right thing because that's what keeps everyone safe."

Despite this, she is warning against a "mass pile [on]" of the person in question, as that might create an environment where people are too afraid to get tested.

She is asking for everyone who may have come into contact with the new case to "do the right thing" and isolate.

And if they don't, she is sounding a warning: "There is a section 70 order".

That order means a medical officer of health can oblige people to isolate.

"We have some legal footing for that ... and so there are repercussions," Ardern said.

She does not want it to come to this, but wants people to "do the right thing" and self-isolate if they meet the new isolation criteria.

"That is how the rest of the country is able to stay at level 1 with all their freedoms."

The new community case went to work at the Botany Downs KFC between 3.30pm on Monday, February 22 and 12.30am on Tuesday, February 23.

Some 11 KFC staff, who were at work at the same time as the new community case, are considered "close plus" contacts.

That means they have to get a Covid-19 test and isolate for 14 days along with everyone in their household.

Any members of the public who were in the KFC between 3.30pm on Monday and 12.30am on Tuesday are considered close contacts and should isolate at home for 14 days and get a test.

And anyone who went through the KFC drive-thru during the same period should now be isolating at home until they return a negative test on day 5.

As the potential exposure was on Tuesday, day 5 is tomorrow. People are advised to get a test tomorrow and remain in isolation until they have a confirmed negative result.

"And that's for the very reason because that leaves the rest of the country able to stay at level 1."

A spokesperson for KFC said the Botany site had been operating under level 2.5 conditions during the times in question.

"As soon as we were notified, the store immediately closed for a deep clean and all staff that worked during this time have been asked to self-isolate and get tested."

The Covid-19-infected KFC worker is part of the now 12-strong February Auckland cluster.

They are a household contact of Case I, the Papatoetoe High School student who tested positive for the virus earlier this week, Case J, who had been at work at Kmart in Botany, and Case K, an infant sibling.

Case I was the first to test positive on Tuesday – the day after today's case went to work at KFC.

But advice from officials has been for all household contacts of all Papatoetoe High School students to remain at home until they had received a negative Covid-19 result – hence Ardern's frustration today.

The family was yet to be tested as of Monday.

Despite this, she remains confident the cluster is contained.

"This is a situation where we know the source of the cases [and] we know where there may have been contact with others," she said.

But she said contact tracing and "people's compliance" was crucial.

Meanwhile, health officials have broadened their net in the search for "close plus" contacts at the Botany Kmart where case J worked.

This person was at work before advice was given for all household contacts of any Papatoetoe student to stay isolated.

There are now 32 staff close plus members of staff – more than doubled from Thursday, when the number was 15.

All those people had been contacted and were self-isolating, the Ministry of Health said.
So far, 24 test results from the group had come back negative.

The Ministry of Health has been contacted by 1742 people who have reported being at the store at the times of interest.

"She also today spoke at the launch of a new project which aims to use drone technology to improve the protection of the of the Māui dolphin, Aotearoa's most endangered dolphin" and still not an ounce of notice taken from their much vaunted WEAG group to look after those on the bottom rungs of life.

The contact tracing is turning into a fiasco. Won't be long before we are desperate for the vaccines.

Easy for someone on a great salary with lots of sick leave to say. If you're going to insist people stay home, you're going to have to ensure they are not out of pocket. Not everyone can afford not to go to work, even if the rest of us can't afford for them to go.

There is a wage subsidy available