A long-awaited helping hand for shop owners hit hard by ram raids has been announced.

The Government has detailed support for businesses after a recent spate of burglaries involving vehicles being driven through storefronts, many involving young people.

Minister of Police Poto Williams said the support, including $6 million from the Proceeds of Crime Fund, will see investment in a crime prevention programme to be managed by police and include solutions such as installing bollards or other protection structures.

The Small Retailer Crime Prevention Fund will help small retailers who don't have the resources they need to protect themselves from crime, she told media this morning.

"Retail stores and dairies and superettes are the two most common locations for ram raids and other types of crime ... it is expected that an estimated 500 retailers will likely qualify."

Most would be spread across wider Auckland, but also Hamilton, Wellington, Christchurch and other centres.

"This is not a one-size-fits all approach. In some cases, council consent or other approvals will be required before things like physical barriers or bollards are put in place.

"We have heard the concerns of the small businesses being targeted by ram raids and other offending. While there has been a significant reduction in youth offending over the past decade, there has also been a recent spike in ram raids and related offending which we urgently need to address for these business owners.

"This funding will enable police to work closely with vulnerable small retailers to identify effective and practical solutions based on the particular features of each location.

"Police will also look at the range of crime and security risks each small retailer may face, and other options such as fog cannons, security alarms, or screens may be considered.

"Alongside the obviously physical damage, ram raids can also have serious personal mental health and wellbeing impacts on business owners, their families, and staff and these measures help prevent that," Williams said. 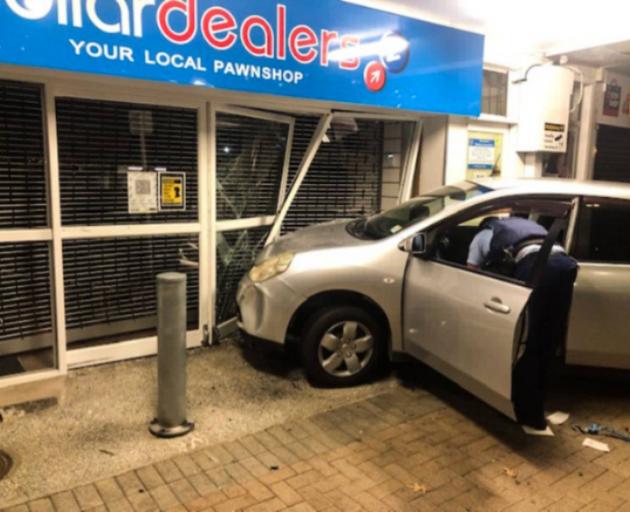 There has been a spate of burglaries involving vehicles being driven through storefronts, many involving young people. Photo: NZ Herald

Today's announcement adds to the Government's investment in police to which Budget 22 added over $562 million over four years.

"Money and assets forfeited under the Criminal Proceeds (Recovery) Act 2009 go into the Proceeds of Crime Fund. This is exactly what the fund was designed for, to rectify the significant harm such criminal activities cause," Justice Minister Kris Faafoi said.

Williams said police would start to work with five retailers for the fund.

The package would allow for security measures such as fog canons, security screens and alarms.

"It's important as minister of police that I ensure police have the recourses and investment they need."

This fund was the most effective way to respond quickly to the ram raids, she said.

"It takes a whole society approach to address these drivers of crime." 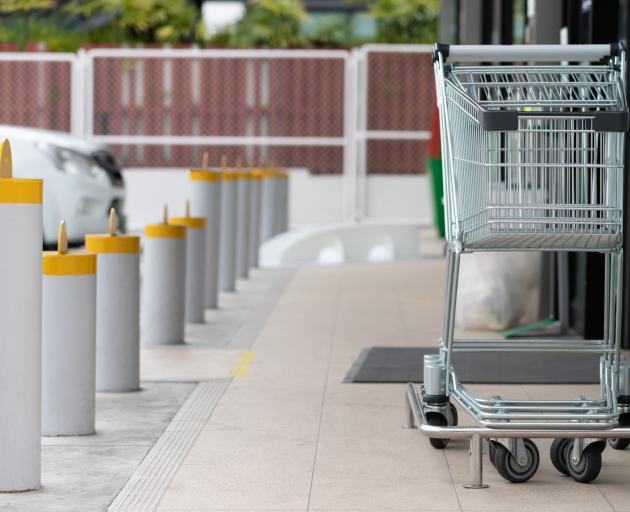 The package is expected to include protection measures like bollards Photo: Getty Images

"We've been nagging for this for almost 18 months."

She hoped that today's package would be straightforward and easy for retailers to apply for.

That included $208 million towards a Firearms Register and $94.5 million for a cross-agency response to organised crime, with a focus on communities.

Williams said she did not support routine arming of police, as with previous ministers and also Commissioner Andrew Coster and his predecessor, Mike Bush.

"I do not support it because it would fundamentally alter the nature of the relationship the public has with police: a service that is trusted and approachable, not a force to be feared.

"Police have access to firearms when and if they need them. As part of the routine risk assessment police undertake before attending an event they can make a call on the carriage of firearms."

Budget 2022 provided for more training, resources and intelligence capabilities through the nationwide rollout of the Tactical Response Model, she said.