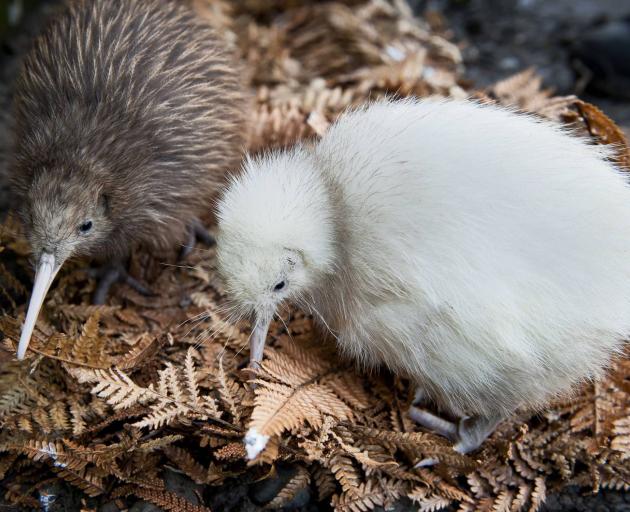 Manukura next to a former burrow-mate, Potiki. Photo: Supplied
The first white kiwi hatched in captivity, who inspired children's books and toys, in the world has died.

Manukura hatched on May 1, 2011, and the North Island Brown Kiwi should have been coloured brown but was born with white features instead.

She had an extremely rare genetic trait carried by both parents, with staff at Pūkaha National Wildlife Centre at Mt Bruce not knowing about her colouring until she was hatched.

"Over the past 10 years, she delighted multitudes of people and in her own quiet way shone a spotlight on the precarious plight of kiwi in the wild.

"She was a fantastic ambassador for Pūkaha, kiwi, conservation and tourism in Wairarapa and we are all very sad that she has passed."

Her popularity spawned online with her very own Facebook page, and soft toys, children's books, and other memorabilia were created in her likeness.

Manukura was the first of three white kiwis which hatched at Pūkaha over the course of the 2011-2012 breeding seasons.

Although they can exist in the wild, a white kiwi is considered so rare, seeing one in its natural habitat is highly unlikely.

She was taken to Wildbase Hospital for treatment, with vets operating to remove an infertile egg which was unable to be passed naturally.

More surgery was required to remove her oviduct and most of her left ovary.

The surgeries reportedly went well but were not able to save the kiwi, whose health continued to deteriorate.

"Manukura is very much a part of the Pūkaha family and we have always felt so blessed to have Manukura to help us to tell the Aotearoa's conservation story," Court said.

Famous Kiwi children's author Joy Cowley wrote about the kiwi in her book Manukura, the White Kiwi, after visiting her.

"I enjoyed making the connection between Manukura's 'specialness' and every child's uniqueness", Cowley said.

Rangitāne kaumatua Mike Kawana, who named her, was there to do karakia over the dead kiwi.

"Rangitane are saddened at the news of Manukura's passing, rangitāne have always believed she was a precious taonga and were privileged to have played a small role in her life, she has had a profound effect on so many people's lives over the years that we are sure everyone joins us in our grief," Kawana said. 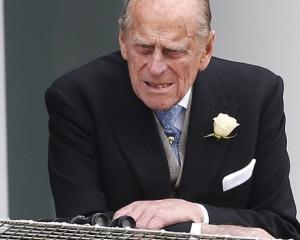