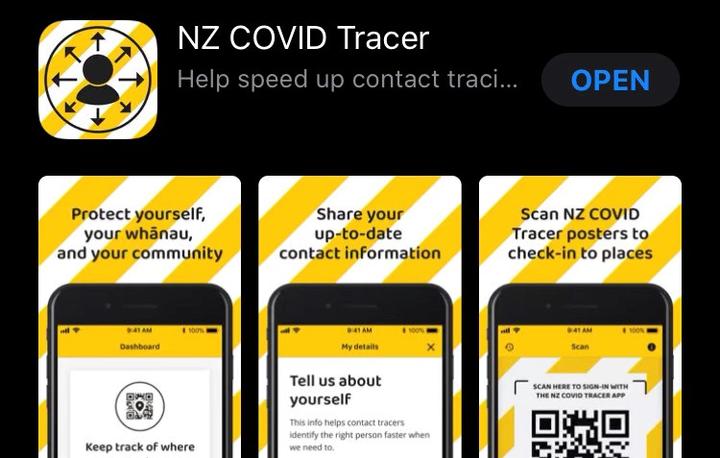 The Covid tracker app is regarded as an important tool in the event the country suffers another large outbreak of Covid-19. Photo: RNZ
Businesses should be encouraging their customers to scan their QR codes, one of New Zealand's top Covid-19 modellers says.

A new case of Covid-19 emerged in the community at the weekend. A marine engineer from Auckland is believed to have contracted the virus through his work on a ship.

The Covid tracker app is regarded as an important tool in the event the country suffers another large outbreak of Covid-19. It acts as a digital diary recording the places users have visited.

Professor Shaun Hendy from the University of Auckland has been a key part of New Zealand's scientific response to the pandemic.

He told Morning Report it was concerning that people are becoming more relaxed about scanning the codes.

Numbers have fallen from a peak of two and a half million to fewer than a million a day.

During visits to businesses he has noticed that there is little encouragement for customers to get out their phones.

"So that's something that perhaps businesses could be taking a little bit more responsibility for - just prompting their customers, reminding people to scan the code."

He said for any outbreak it was important that contact tracers could send out notifications to people as quickly as possible.

"I don't want to oversell it. It's not a silver bullet. It's one of the tools that we have."

If there was a large outbreak and a lot of people were using the app, it has the potential to reduce R nought by 10 percent. The R nought is the number of people that a positive case infects. The ideal is to keep it under 1.

Professor Hendy said there was a long way to go to including Bluetooth as part of the Covid app.

The CovidCard is being trialled in several locations over the next few months, but one of the problems with Bluetooth was the number of false positives.

While we should be looking at adding it to the app, we need to learn more about it, he said.