​RNZ last month revealed the crimes committed by Fr Cornelius O'Brien in parishes in Canterbury in the 1960s and 1970s, that for the most part were kept hidden.

It has come to light the priest likely abused at least one other person since he returned to the UK in 1976, after the the Diocese of East Anglia released a statement a complaint was made against him in 2010.

The Catholic Diocese of Christchurch warned the Brentwood diocese in Essex about the priest's sexual behaviour.

But neither the church here, which still had responsibility for him, or Brentwood, passed that warning on to the parishes in counties Norfolk and Suffolk where O'Brien was transferred to from 1981.

"A complaint was brought by an adult in 2010 relating back to the 1980s, which was fully investigated by the police and they decided to take no further action," the Diocese of East Anglia, in Norfolk, said in a statement.

"The really worrying thing here is the fact that there's no warning in place, there's no safeguard in place, and then another allegation of sex abuse is made against him all these years later," said Tim Bristow, investigations editor of Archant UK media group, who looked into the case.

The Bishop of East Anglia has admitted O'Brien "should not have been in any form of public ministry" but he was, and only in 2000, after he retired in 1999, did the Diocese of East Anglia learn who it had allowed to serve in its parishes.

"O'Brien retired and wanted to take part in parish work, have a more active role in the community. It was only then, 20-odd years later, a police check is carried out on him ... and O'Brien discloses his conviction in 1976 in New Zealand," Tim Bristow said.

That 1976 conviction was for molesting a 10-year-old boy.

His other crimes in New Zealand included abusing a boy from the age of four for more than a decade, including raping him.

The Christchurch diocese said the Bishop wrote to the Vicar-General in Brentwood in August 1976 including detail of the conviction and sentencing "and the latest medical report from the psychiatrist".

A news report from the court in 1976 shows a doctor's report said O'Brien "was receiving treatment for his problem and with the continuation of that treatment it was unlikely that he would ever offend in this way again". By then he had already abused at least two other boys.

The Brentwood diocese said no allegations were made about his time there, from 1977 to 1981, when he was an assistant priest under the supervision of the parish priest.

"He was never incardinated into the Diocese and remained the responsibility of the Diocese of Christchurch, NZ," it said in a statement.

In 1981 he left, "giving no indication where he was going", and Brentwood notified Christchurch about this.

"This would not happen today," the diocese said.

The Bishop of East Anglia Alan Hopes said there was no evidence the diocese knew of O'Brien's conviction. Oddly, though, a request for him to be fully accepted as a priest was turned down, but it's not explained why.

"Although never formally a priest of the diocese, Fr O'Brien would undoubtedly have been involved in the parishes in which he lived," Bishop Hopes said.

"When his conviction was disclosed in 2000, steps were taken to restrict his ministry.

"It is fair to say that by the more rigourous standards of safeguarding which we rightly follow today, more should have been done to ascertain his history and he should not have been in any form of public ministry."

O'Brien was a chaplain at a Carmelite convent at Quidenham and at another convent in Felixstowe. It is not clear where he served between 1985 and 1999 when he retired.

Britain has since 2001 had national safeguarding procedures so that a Bishop must vouch for a priest before they can be transferred.

"The safeguarding of children, young people and vulnerable adults is at the heart of the Church's mission. Our safeguarding procedures have developed significantly over the last twenty years," Brentwood diocese said. 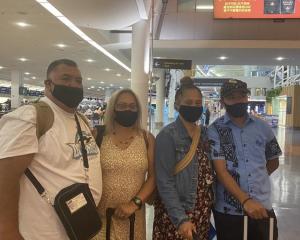 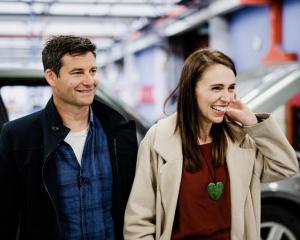