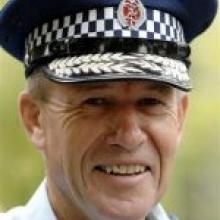 Grant O'Fee
A requirement for police staff to specially tag and collect extra information during the Rugby World Cup will not mean a large amount of extra work for officers, says NZ Police.

Staff who deal with the public, including frontline officers, watchhouse and communications centre staff, have been instructed to add a RWC tag to all records of events, occurrences, prosecutions and complaints where people involved are spectators or otherwise connected to the RWC, or the incident occurs in a RWC venue, fan zone or connected accommodation.

For two weeks before kickoff until six weeks after the final match, any person spoken to by police will be asked if they have any links to the RWC, and if so, will be asked a variety of extra questions.

Visitors, for example, will be asked for details of their travel itineraries, vehicles they are using and passport numbers.

Officers have been issued with a reminder card about what extra information is required and all answers must be noted in the officer's notepad then entered into the police's computer systems with a tag identifying it as related to the RWC.

In Ten One magazine, RWC operation commander Superintendent Grant O'Fee said police did not want all the extra information police would be getting during the tournament to go to waste.

The process would build a robust picture of the impact on policing and offending during the RWC, and give police information on providing the best possible service to the public now and in future large events, he said.

A police spokesman said yesterday he expected the extra paper and computer work generated by the additional questions should take an officer extra "seconds" to do, "rather than minutes".