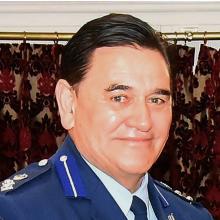 Speaking to The Nation yesterday, Martin said to expect the report to be released at 11am on Monday.

This comes after Police Commissioner Mike Bush appeared at a select committee on Thursday but did not answer questions surrounding the inquiry.

Martin told the programme she didn’t know Bush would be at the committee on Thursday.

Asked why she had not released the report prior to his appearance before the committee, Martin said there were still a few outstanding legal issues.

“I needed to make sure that Crown Law had gone through and redacted all the names and so on and so forth of Woman A and Woman B and Woman C to protect their privacy,” she said.

“That is what I did; I wanted to make sure that that had happened.”

The report into Haumaha’s appointment, completed by Mary Scholtens QC on Friday, has been handed to the Government. It looked at the process leading up to the appointment.

The Scholtens inquiry was announced after the New Zealand Herald revealed comments made by Haumaha during the Operation Austin investigation into police culture in 2004, which followed rape allegations by Louise Nicholas.

Haumaha was friends with Brad Shipton, Bob Schollum and Clint Rickards, whom Nicholas accused of rape.

They claimed the group sex with Nicholas was consensual and were found not guilty at the 2006 trial, but the jury was unaware Shipton and Schollum were already in prison on other rape charges.

Haumaha was interviewed for Operation Austin and spoke highly of his friends, describing Shipton as a “softie” and Schollum as a “legend” with women.

He also described Nicholas’ allegations as “a nonsense” and that “nothing really happened and we have to stick together”.

On Monday, Prime Minister Jacinda Ardern told media that Cabinet had received a briefing on the inquiry but she had not at the time read the report.