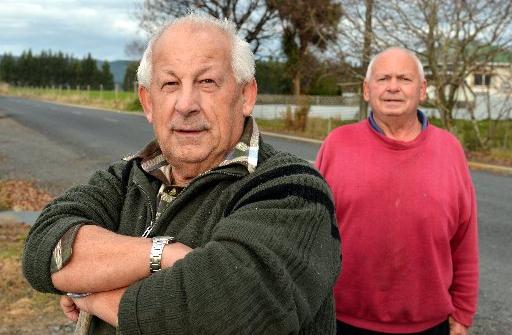 Noel (left) and Colin Weir, of Milburn, say they were never contacted about an escaped prisoner near their property. Photo by Stephen Jaquiery.

The first Noel Weir knew about a prisoner escaping was when he noticed a large police presence near his Milburn home - but authorities say he failed to give them an updated phone number.

''I got home and there were cops up the road, over on the corner and a helicopter buzzing over my house and I thought: ''What the ... is going on.''

Mr Weir, who worked as a carpenter on the nearby Otago Corrections Facility when it was being built, had to ask a police officer what was happening.

He told the Otago Daily Times yesterday he was annoyed the Department of Corrections had not notified him that Stephen Uriah Maddren (25) had escaped, when that condition was ''part of the agreement of building it there''.

''As soon as someone escapes, they were to ring around all the locals and let them know ... it never happened.''

''He could have been hiding in my shed.''

"I have visited Mr Weir today and he has acknowledged that the number he provided was no longer correct and he has now provided us with his current contact number which is a cell phone."

He said staff had made every effort to inform neighboiurs of the escape and he regretted some may not have been notified.

"Some neighbours were out at the time of the notification and for those few who had requested contact by land line attempts were made at later times."

On Tuesday afternoon, Maddren is believed to have climbed up a drain pipe to gain access to a roof, before dropping two or three storeys to escape. 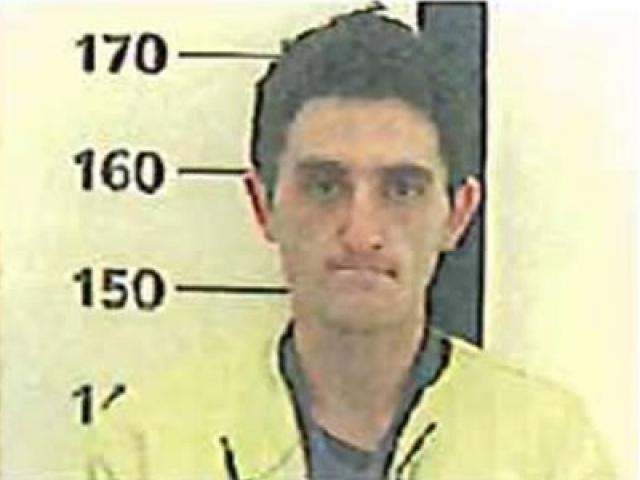 He is then believed to have headed towards State Highway 1 near Mr Weir's home, Mr Weir said he checked his property but found no trace of the prisoner, but ''anyone with any intelligence would be leaving this area as quick as possible and not hanging around''.

Clutha-Taieri area response manager Senior Sergeant Al Dickie said Maddren's trail indicated he then headed eastwards towards a forestry block near the rear of the prison.

''He could be anywhere ... we can't rule him out being in the vicinity of the prison.''

Maddren, who was wearing trackpants and a top and was barefoot when he escaped, might have changed his clothes and shaved his head, Snr Sgt Dickie said.

There had been no reports of burglaries or cars being broken into in the area, he said.

He confirmed police were compiling a profile on Maddren, and were talking to his acquaintances and pursuing other lines of inquiry.

A spokesman for Corrections Minister Anne Tolley said an inquiry into Maddren's escape was under way and would determine whether any other action would be taken, including a review of remand prisoner transport protocols.

Questions to the Department of Corrections - including the circumstances surrounding Maddren's escape, how many escorts were assigned to the group of prisoners and whether precautions were taken with Maddren, considering his history of escaping custody - went unanswered yesterday.

A spokeswoman said the department would provide no further comment until Maddren was found.

Snr Sgt Dickie said there were concerns for Maddren's safety, particularly at the time when he was thought to be in the forestry block, but police hoped to find him alive.

After a thorough search of the forestry block on Wednesday, he said was more confident Maddren was alive.

''I am reasonably satisfied after the search ... that he has probably come out of that area, under the cover of darkness, and taken a different route.''

Maddren, who has previously escaped custody, fled from the prison after his remand hearing in the Dunedin District Court.

Although police did not consider him a danger to the public, people should not approach him but instead call police on 111 if he was sighted.

Anyone with information on his whereabouts should call the Dunedin police on (03) 471-4800. Information can also be provided, anonymously, to the organisation Crimestoppers on 0800 555-111.