A second chance through cutting hair 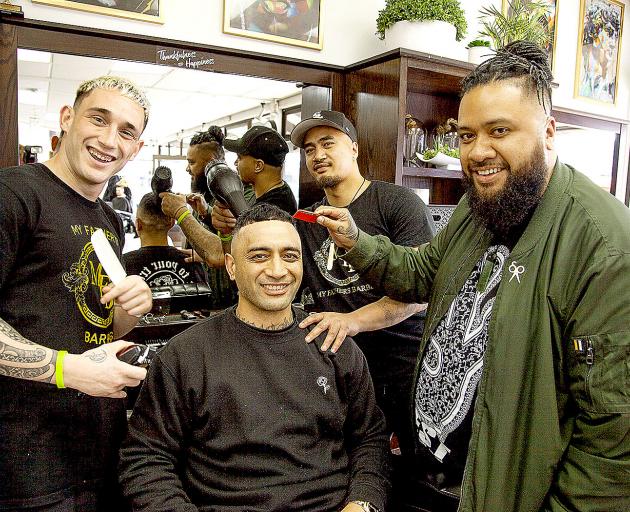 Some of his earliest memories are of the glass wall between him and his crying father, who would tell him he was sorry.

He didn’t know it then but later his eldest brother would also do a stint behind bars.

Mr Brown’s experience with the prison system drove him to his latest venture, a pilot barber skills programme inside Christchurch Men’s Prison, which officially began this
week.

The barber, along with his wife Sarah, own two popular barbershops, My Fathers Barbers, which began more than a decade ago in a garden shed in Aranui.

The aim of his new programme is to disrupt the cycle of re-offending and offer convicted criminals the chance to gain employment opportunities as well as life skills, confidence and learn new ways to address their emotions and previous traumas.

“I knew immediately that this was an opportunity to work inside with men who are close to my heart. The sad truth is that too many of our brothers doing time inside are victims of abuse themselves, scarred and severely traumatised from the childhoods,” Mr Brown said.

The programme will run weekly until December with a long-term goal of implementing it nationwide.

Approval to run the programme in youth justice residence, Te Puna Wai ō Tuhinapo, has already been granted and plans are under way.

The group of 10 men on the programme have served long-term sentences and most will be up for parole within the next year, Mrs Brown said.

“For them, having opportunities like this when someone is coming into their environment and interacting with them, that might just give them confidence and skills they could use outside prison.”

While the men will not gain any qualifications from the course, they will get a basic overview of cutting hair as well as other life skills

“Matt is passionate about giving guys like this a second chance and teaching them a trade so they can provide for themselves and their whanau.”

“One of the biggest obstacles when reintegrating into society is finding meaningful work that they enjoy and that their workplaces are understanding. If they enjoy their work, they are less likely to re-offend and go back inside.”

One of the men had never had a proper job before he was hired. Now, he’s worked for them for more than 18 months, starting on an apprentice wage and working his way up.