Six people - not two - abscond to go to tangi 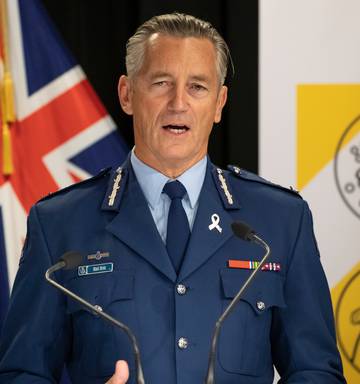 Yesterday, media were told just two teenagers ran away from authorities after being allowed to go to the funeral.

But the Ministry of Health has now confirmed that six family members from Australia were granted compassionate exemptions to leave Auckland's Pullman Hotel and attend their relative's tangi on June 10.

"Four members of the family returned. A teenager and a child [aged 8] did not," a ministry spokesman said.

"The child was returned to the hotel managed isolation and quarantine facility in Auckland. The teenager remains in self-isolation at a family property.

"The five family members' request to join the teenager has been declined and they will complete their isolation at the managed isolation and quarantine facility in Auckland."

The teenager in self-isolation in Hamilton has had a Covid-19 test and tested negative. The remaining five family members will be tested again tomorrow - Day 12 of their stay.

Bush, who is leading the Government's operational response to Covid-19, told Newstalk ZB presenter Heather du Plessis-Allan today that he was not happy that six people granted leave had to be rounded up.

"This situation cannot be repeated. I understand that authorities are working on the last two, to get them back into managed isolation, but the important thing is that they tested negative," Bush said.

Police were notified very quickly that the people who had been granted exemptions to go to that funeral had not returned.

"They had been missing for quite some time," Bush said.

Four of them had been tracked down and the other two were located and tested but had not been rounded up.

The New Zealand Herald  approached police for comment and were referred to the Ministry of Health.

Yesterday, Health Minister David Clark did not seem to know about the runaway pair when talking to du Plessis-Allan.

Clark said he was disappointed that measures he thought were in place to prevent another outbreak didn't appear to be.

"If it is as you described it, then it underscores my request to suspend compassionate exemptions until we ensure that the system is working as intended."

It follows revelations that the nation's two new cases of Covid-19 were given a special exemption to travel to Wellington on compassionate ground after their parent died.

Strict border controls remain in place in New Zealand because Covid-19 is not under control overseas.

All arrivals into New Zealand go through health screening, are tested for the virus and are forced to spend 14 days in quarantine or isolation.

So 6 people from Aust were fortunate to get compassionate leave to attend a Tangi basically gave the bird to NZers.