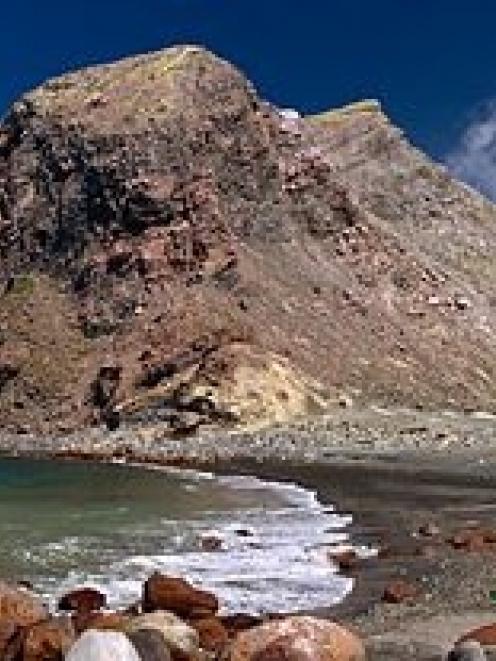 Scientists measured an increase of carbon dioxide in the gas emitted at the largest accessible steam vent on October 1.

These subtle changes also coincided with the presence of volcanic tremor and more elevated amounts of sulphur dioxide gas being emitted from the volcano, a statement from GNS said this morning.

This indicated that unrest at White Island might have increased slightly in recent weeks.

GNS geochemists sampled the largest accessible steam vent on October 1, which indicated a small increase in the temperature to 170C and an increase in the amount of carbon dioxide gas. These are consistent with the other gas measurements made at White Island.

Volcanic tremor is a common type of volcanic earthquake activity recorded on the island. Since October 8, this has been increasing in strength and become "banded".

Banded tremor is common at White Island and many active volcanoes worldwide. It has been recorded during increasing unrest and a variety of eruptive periods in the past.

"During visits to the island in October, GeoNet staff also sampled and measured the lake temperature (54C) and it remains similar to other recent measurements," GNS said.

"However, the lake level has risen about two metres since June. Since the lake re-established in late 2013 we have measured a rise of about 6m."

"The changes we are seeing presently are common for the island," GNS said.

"Activity may continue to increase or die away. Typical volcanic unrest hazards like hot ground and gas remain. A range of activity can occur under these conditions with little or no useful warning."

GNS Science is continuing to closely monitor the activity at White Island and other New Zealand volcanoes through the GeoNet project.

- by the Bay of Plenty Times