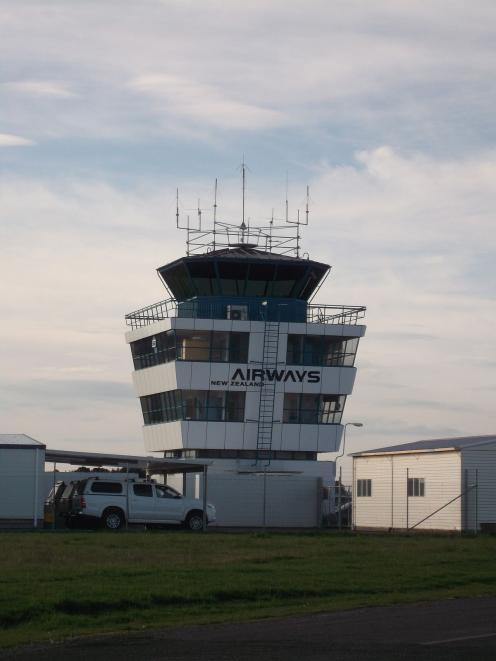 At regional airports air traffic controllers often work the shift on their own, the association told the select committee. Photo: Wikipedia

Many air traffic controllers have no certainty about taking a toilet break while carrying out safety-critical roles which could endanger air passengers, their union has told a select committee.

The New Zealand Air Line Pilots’ Association (NZALPA), told the education and workforce select committee that changes to the proposed Employment Relations Amendment Bill (ERA Bill) were “safety-critical” to allow controllers to take a break during each shift.

In a statement, the association said proposed legislation could require controllers (ATCs) to work continuously for up to nine-and-a-half hours without any rest and/or meal break.

Association president Tim Robinson said that, given air traffic control was a highly stressful occupation with the highest need for mental alertness, restricting the ability to have normal breaks like other workers was irresponsible and unsafe, and could potentially lead to a serious incident or accident.

“Many ATCs, particularly those based at regional airports, are often solo controllers working the shift by themselves. This means that they have the sole duty to ensure that the aerodrome and surrounding airspace remains safe,” Robinson said.

While many of these regional airports would seem to have relatively low levels of aircraft movement, ATCs must maintain continuous visual watch throughout the duration of their shift, and often had to respond to unexpected and sometimes urgent situations involving the safety of aircraft.

The association want the committee to consider the safety impact of excluding Air Traffic Controllers from having mandatory rest and meal breaks because it is an essential service.

Robinson asked whether New Zealand had to wait for a major accident to occur in order to highlight the need for proper rest and meal breaks to be legislated.

The proposed ERA Bill outlines that employees are entitled to and must be provided with mandatory rest and meal breaks during their work shift.

However, this requirement excludes those employed in an “essential service” including controllers.

Although the proposed ERA Bill reflected the wording of the current legislation, the association was calling for it to be amended to allow controllers the same meal and rest breaks as other workers.

Under the current law, controllers have had to come up with “creative ways” to be able to relieve themselves while still maintaining watch of the air space, posing a threat to the health and safety of not only the controller, but also to the airspace users and the travelling public.

“What we have is proposed legislation which provides mandatory breaks for relatively low-risk retail and hospitality workers, and doesn’t provide mandatory breaks in a stressful and challenging role like air traffic control. It’s absurd,” said Robinson.

The association is also fighting any continuation of the 90-day trial period which meant New Zealand’s most vulnerable employees to be exposed to “fire at will” provisions.

“Within the aviation industry often the people affected by these provisions are young graduate pilots with large student loans, on low wages and far less likely to raise legitimate safety concerns for fear of losing their jobs.”